1984-5: When the LGBTQI movement supported the miners against Thatcher 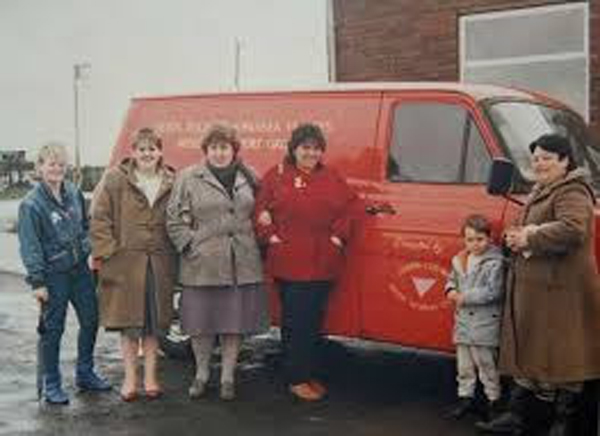 This article was published initially in Greek on June 2017 (you can read it here). The story of the Lesbians and Gays Support the Miners campaign became widely known through the movie Pride (2014).

During the great miners’ strike in Britain (1984-85) under Margaret Thatcher’s administration, parts of the LGBTQI movement organised actions in support of the striking miners, thus contributing in a significant way to the workers’ struggle. Nowadays, there is a lively debate around alliances and the level of politicisation of the LGBTQI movement; some parts of LGBTQI movement leadership prefer to keep it away from social struggles, opting for being sponsored by big corporations. But the history of the miners’ strike and the involvement of the LGBTQI community in it, clearly show the need for and the results of joint struggles with other oppressed layers of society.

It was in March 1984 when the miners’ strike began, against the closure of a number of mines considered as non-profitable by the Thatcher government. This strike lasted for a whole year, despite the brutal police violence, and even though the Thatcher government had managed to freeze the finances of the NUM (National Union of Mineworkers), leaving the strikers without resources for basic necessities.

The Thatcher government wanted to literally smash the miners, a workers’ group so strong that had managed to bring down governments back in the ‘70s, being in this way an example for other “restless” workers.

One of the main reasons the strike kept going for so long was the dozens of committees in support of the strikers, set up across the country.

This is where the British LGBTQI movement comes into play. A group of LGBTQI campaigners organised on the left decided to lend a helping hand. In the summer of 1984 they set up Lesbians and Gays Support the Miners – LGSM. They organised demonstrations, raised funds for the miners’ communities, and participated in picketing and blockades organised by the miners.

Bypassing the union bureaucracy, the 11 LGSM locals raised funds which they gave directly to the miners’ communities, mainly in South Wales. They did not even hesitate to visit these communities themselves to find out more about their problems and to meet the miners and their families.

It was not an easy endeavour, of course. The LGSM’s activities were taken up by Rupert Murdoch’s tabloids, who were blatantly supportive of the Thatcher government. Through his media, he was trying to turn people against the strike by playing the homophobia card (eg. with headlines such as “Perverts support the miners”, see photo below).

But that didn’t stop them at all, as LGSM activities continued, often “trolling” the tabloids. Such was the case of the concert organised on December 10, 1984, at Camden’s Electric Ballroom, with Bronski Beat as headliners. More than five thousand pounds were raised in this concert and it all was offered to the miners’ communities!

On many occasions, LGSM also offered vehicles that they felt were needed to support the strikers and their families. As observed in these photos, a van belonging to the local Coal Miners Support Committee from Neath, Dulais, and the Swansea Valley, was donated by LGSM, as reads the sign on it.

Lesbians Against Pit Closures was formed in November 1984 by a group of women who left the LGSM over political disagreements. They took part in dynamic mobilisations and organised concerts for financial support to the miners.

In March 1985, the strike ended and the miners were defeated. But they did not forget who had stood on their side. As Dai Donovan said, representing the South Wales miners at the “Pits and Perverts” concert in December 1984:

“You wore our ‘Mines, Not Unemployment’ badge, and you know what abuse means, and so do we. This will not change immediately, but 140,000 miners now know that there are other problems, and other struggles. We learned about blacks, homosexuals, nuclear disarmament. And we will never be the same as we were before.”

And indeed, miners have never forgotten. They openly supported the 1985 Pride marches. The Welsh miners even found themselves leading the Pride march in London. At the Labour Party conference in 1985, a resolution on LGBTQI rights was passed for the first time, thanks in part to the votes of NUM members who voted unanimously in favour of this resolution.