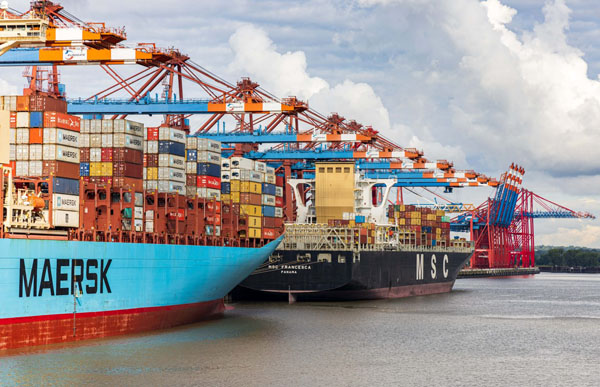 By Kirk Leonard, from “The Socialist“, Magazine of Socialist Acion – ISA in Australia

Fifteen countries signed on to the world’s biggest trade deal in mid-November. Despite the pro-capitalist propaganda this new free trade deal is bad news for workers, poor and young people in the region.

Covering approximately 30% of both world population and world gross domestic product the Regional Comprehensive Economic Partnership (RCEP) agreement is a very significant deal, the biggest ever struck. It includes China, Japan, South Korea, Australia, Indonesia and Vietnam among others. The population and economic power of the block is massive.

Widely described as a free trade deal the RCEP agreement encompasses a market worth nearly US$30 trillion. It will see tariffs fall over time and establish common trade standards, for example on product ‘rules of origin’. Under the provisions of the deal tariffs on 90% of trade between signatory countries will be wiped out within 10 years.

Before RCEP “free trade” agreements didn’t exist between the major economies of China and Japan, or between Japan and South Korea. Before RCEP the existing deal between China and South Korea was only “shallow” as described by the Australian Financial Review newspaper. These three major powers represent 24% of the world economy combined.

Significantly increased trade and supply chain integration in East Asia is a major anticipated outcome of the deal. The Japanese government expects tariffs on 91% of goods between the three North-East Asian powers to be eliminated by RCEP.

In a big leap, tariff-free exports from Japan to South Korea will rise from 19% of items to 92%. Tariffs on 86% of Japan’s exports to China are expected to be removed, increased from the 8% of goods which are currently tariff free. This is likely to help Japanese car component exporters integrate with Chinese car factories as an example. One study cited by The Economist magazine expects South Korea and Japan’s incomes to rise by more than 1% by 2030 due to the deal.

Negotiations for an even more liberal three-way free trade deal between South Korea, Japan and China have been underway since 2012. While there are still obstacles along this road, the signing of RCEP is expected to push the process further.

Uniform ‘rules of origin’ for all countries in the RCEP block will also make it much simpler to determine the ‘nationality’ of a product and allow cheaper and simpler supply chain integration. A car sold in New Zealand, assembled in China which includes South Korean and Japanese parts will be covered end to end under the one deal and won’t trigger ‘third country components’ tariffs anywhere along the line.

On the other hand RCEP still allows countries to maintain tariffs in areas they consider strategic or vital, somewhat restricting the deals impact on agriculture and services.

East Asia at the centre

First initiated by the 10-member Association of South East Asian Nations block (ASEAN), the RCEP negotiations were launched at the same time the US began negotiations for the partially failed Trans-Pacific Partnership (TPP) trade deal. Although the US withdrew from the TPP under Trump, the deal went on to be signed by the other 11 member countries and is now known as TPP11 or CPTPP.

All countries, except India, signed the agreement. It now awaits final ratification by member countries. That process could be completed next year allowing the deal to come into effect at the start of 2022.

India didn’t agree to RCEP reportedly because it didn’t want to lower tariffs on agricultural and manufactured goods. The potential for cheaper manufactured goods from South East Asia and China, and agricultural products from New Zealand and Australia, aroused Indian opposition. But the deal still allows India to reconsider and join later, though that possibility seems unlikely at present.

Additionally India is being courted with vigour by US imperialism, particularly in the wake of escalating border clashes with China earlier in the year. The US is working to use India to help encircle China and counterbalance its influence in the region.

China is the biggest or second biggest trade partner for all other countries in RCEP which means that although China didn’t initiate the deal it is the dominant power within it.

Significant though India’s decision to abstain is, RCEP is still a major development in global trade and world relations. Even without India’s participation some research cited by the influential American think tank The Brookings Institute suggests that RCEP and CPTPP combined could offset the US-China trade war impact globally, though not individually for either country.

While estimates vary, the same study referenced by The Brookings Institute expects RCEP to boost world incomes by US$209 billion annually and boost world trade US$500 billion by 2030. About three quarters of the boost in world trade is predicted to occur between RCEP member countries.

Although not initiated by China, RCEP plays a part in the escalating strategic conflict between the US and China. While Washington and its allies fight Beijing under the slogan of a “rules based international order”, the RCEP establishes a new set of trade rules in a vast and very important region without US input.

Li Keqiang, China’s premier, described the deal as a “victory of multilateralism and free trade”, allowing China to continue posing as the defender of an ideology once championed by the U.S.

RCEP is the third major agreement signed in the region without the US in recent years. First was the China-initiated Asian Infrastructure Investment Bank (AIIB). Second was the CPTPP that was agreed despite US withdrawal.

AIIB began operating at the end of 2015. The bank has 103 member countries worldwide. The US reportedly pressured its allies Australia and South Korea not to take part in the bank, but failed. The AIIB is seen as a potential rival to the International Monetary Fund and the World Bank.

No more secret corporate deals, for Socialist trade instead!

Like other major global free trade agreements done in preceding years RCEP was negotiated between governments in strict secrecy. The text of the agreement was not released for scrutiny or debate until after the deal was signed on 15 November.

There were no representatives of trade unions, environmental campaigners, youth activists or any other organisations of progress, struggle or the working class involved in the negotiations. On the other hand corporate lobbyists have free access to the politicians and bureaucrats who drew up the agreement.

Negotiators of these deals are very clear about their reasons for secrecy. They do not want any scrutiny or criticism that could lead to protests and political pressure to stop deals like RCEP.

After decades of pro-corporate trade deals, which have plunged workers into a “race to the bottom” on wages and working conditions, masses of ordinary people around the world are correctly hostile to these kinds of deals.

In many ways the RCEP trade deal is much of the “same old story” for the working and poor people of the region. It allows sharper competition between capitalists to more effectively exploit the working class people of the region for profit. Sharper capitalist competition means driving wages down and attacking both democratic and trade union rights. It means further attacking the public sector and eliminating or restricting social services and benefits.

Major big business media have featured the argument that the deal will assist in economic recovery from the recessions and crises triggered by the COVID-19 pandemic.

Who will benefit from any renewed economic growth in the months and years ahead? As in the wake of all past recessions there will be no selfless gifts given by the hyper-rich minority to the mass of suffering and exploited working and young people in the countries covered by RCEP.

To grab a slice of any ‘recovery’ ordinary people will have to resist attacks from the capitalist establishment and fight back through class struggle campaigns and organisations.

Socialists oppose both capitalist free trade and capitalist protection of local or national bosses and their profits. Neither policy is a solution to the uncountable problems and endless suffering of all the ordinary people around the world.

Instead a socialist trade policy would involve open and democratic negotiations. It would represent the interests of all the ordinary people of the region, for common sustainable growth and development beneficial to everyone.

It would be based on the best way to share the common resources and abilities of all countries, rooted in collective public ownership of the big companies and democratic economic planning from the ground up.

Higher wages, better living standards and free access to high quality essential services like health care and education are needed by the vast majority of people. Environmental standards and green production that reverse the frightening effects of climate change, which have already begun, would also be a central point in socialist trade policy.

This common interest of all working people across the world means we have much more in common with each other than the capitalists of any country and their system of cut-throat competition.

All of this requires organising the struggle of working class people and their allies against capitalism and all its deadly-rotten policies, ideas and practices on an international scale.