The neoliberalism debate in the ISA- Minority positions July 2020 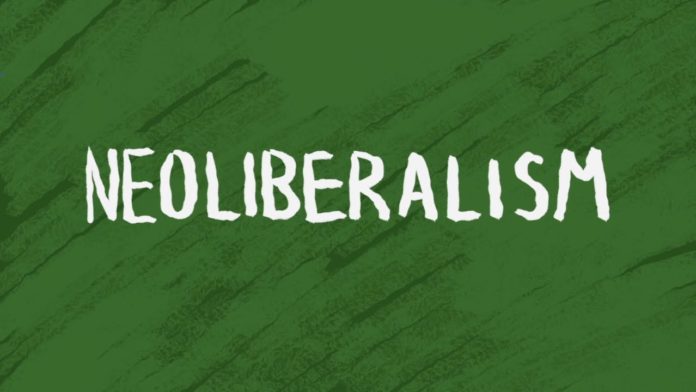 We publish below the second part of the documents concerning the “neoliberalism debate” that took place in the ISA. This is a document representing views of the Minority (written by three comrades from the Spanish State- Vlad B, Rob M and Viki L), circulated on July 2020.
You can read the Majority document of July 2020 here.
To get the general picture for this debate, read our introduction to the publication of this material here.
You can also read the initial documents:
-Majority positions of May 2020 here.
-Minority positions of May 2020 here.

The developing debate within our ranks on the question of neoliberalism is very important for our perspectives in the coming period. We all probably agree that what is perhaps the most global, if not the deepest, capitalist crisis ever will bring important changes to the way the system operates. In other words, we are entering a new period in the history of capitalism. What will be, though, the prevailing characteristics of this period in terms of economic policy? The key question that we need to answer can be formulated as follows: are we already witnessing the demise of neoliberalism, which capitalists will maybe replace with something akin to the Keynesian policies applied in the 1930s in the US, as TC’s article claims? Or will the neoliberal framework adapt, differently from country to country, to accommodate for increased neo-Keynesian and other forms of state intervention? Or will we actually see the emergence of a new hybrid yet to be named? To tackle this question, we first need to briefly explain what we understand by ‘neoliberalism’

Neoliberalism: between theory and practice

As an ideology, neoliberalism emerged about fifty years ago, centred around the discredited 19th century belief in the infallibility of the free market. We can identify a few core principles that stem from this belief:

All these broad policies make it obvious that the role of neoliberalism is to protect and boost profit rates. And neoliberals have never denied that, but justified it through the shamelessly hegemonic concept of ‘trickle down economics’ (i.e. we all benefit if the rich get richer).

The process that saw this policy framework prevail in most of the world has been uneven, both in depth and width. It started with the mid-1970s crisis of Keynesianism, the economic paradigm that had prevailed after WWII, particularly in developed countries. After being tested out in the ‘periphery’ (Chile), neoliberalism then rose to political prominence in the ‘core’ – first in the US and the UK, then in continental Europe via the institutional architecture of the EU, and Japan. Through the influence of international organisations such as the World Bank and the IMF, neoliberal policies also proliferated throughout the neo-colonial world, shaping its contemporary relations with ‘core’ countries. That proliferation received an incalculable impetus from the fall of Stalinist regimes in 1989, which – coupled with social democracy’s qualitative shift to the right – allowed neoliberalism to claim it was the only game in town – indeed, the very ‘end of history’.

However, given the unevenness of this historical process, the practice of neoliberalism has never fully matched the theory of neoliberalism, particularly when it comes to the role of the state. His current Plekhanov-esque moment notwithstanding, David Harvey wrote a while ago a useful book on the history of neoliberalism, where he makes this important point:

“The role of the state in neoliberal theory is reasonably easy to define. The practice of neoliberalization, however, evolved in such a way as to depart significantly from the template that theory provides. The somewhat chaotic evolution and uneven geographical development of state institutions, powers, and functions over the last thirty years suggests, furthermore, that the neoliberal state may be an unstable and contradictory form.”

In other words, there never was a pure ‘minimal state’, as the neoliberal ideology advocates. The state was pushed back only in those fields where it obstructed the maximisation of profit, such as taxation or public ownership. But neoliberalism fundamentally needs the state from an economic point of view. Firstly, while the state was rolled back via the deregulation of financial markets, it has always been called upon whenever the latter were at risk of collapse, most notoriously in the 2008 crisis. But even long before that, the 1989 savings and loans crisis in the US, for example, saw a taxpayer bailout of nearly $200 billion.

Secondly, the state plays a key role in ensuring the free flow of capital, goods and services internationally, in economic globalisation more generally. It mostly does so via diplomatic means, be it bilaterally or within the complex web of international institutions built after WWII. Sometimes, however, sheer imperialist military intervention is employed, which shows that, in the case of imperialist countries, the state is all the more central to the neoliberal framework.

Thirdly, despite decades of cuts and privatisations, in most developed countries the state still partly provides some key services such as education, healthcare and basic social security, in order to prevent mass social turmoil potentially threatening to the status quo. The neoliberal ideal of ‘outsourcing’ most functions of the state to private actors (including companies but also NGOs or individual philanthropists) has never been fully achieved, although it has been to a larger extent in much of the neo-colonial world, which had weak welfare states to start with. It is precisely in these countries where any qualitative shift to any kind of Keynesianism in the coming period seems particularly unlikely.

Fourthly, neoliberalism has entailed a decoupling of wage growth from productivity growth, which saw a near-stagnation and subsequently a significant decline of real wages. To try and prevent the emergence of a demand gap that would undermine the entire system, neoliberalism appealed to the tool of cheap credit, with the well-known consequences, but in parallel also employed policies of a Keynesian character, such maintaining or, in some case, introducing a minimum wage. Indeed, in recent years, the repeated increase in the minimum wage has been a key growth policy in most Central and Eastern European countries; and yet that did not mean they stopped operating within a predominantly neoliberal framework.

As outlined above, neoliberalism has always accommodated for other types of policies, including of a Keynesian character. Nevertheless, they existed within the neoliberal framework that emerged over the last 40 years or so. Despite its variegated and often inconsistent manifestation, that framework has meant financialisation, free trade, capital mobility, international relocation of production, privatisation, low taxation of capital, decline in real wages, low deficit targets, cuts to public spending, ‘flexibilisation’ of the labour markets, and anti-union legislation. This constellation of policies prevailed in most of the world, although with a different balance between them from region to region and country to country.

To come back to the key question, the demise of neoliberalism would entail a qualitative shift away from all or most of these policies. To break it down, will we see a qualitative shift from financialisation to productive growth? From free trade to protectionism? From privatisations to long- term nationalisations? From austerity to massive public investments? From capital mobility to capital control? From low to high taxes on wealth and profit? And are we likely to see all or most of them happen relatively simultaneously and in all regions of the world? We need to look for the answers to all these questions in the concrete and various economic conditions that exist today across the world rather than in the editorials of the bourgeois press.

Yes, we can see signs of a certain shift away from, or slowing down of, some neoliberal policies, such as the protectionist measures taken by the US and China against each other. However, once again, are these enough to speak of a qualitative shift from free trade to protectionism, indeed, to speak of ‘de-globalisation’? And how many countries other than those two have the ‘luxury’ to impose protectionist measures? In most Central and Eastern European countries, for example, the economies are overwhelmingly dependent on the international supply chains. For Slovakia, Slovenia or Hungary, exports represent over 80% of their GDP. That number is higher than the GDP itself in the case of Southeast Asian countries like Vietnam or Singapore. In other words, protectionist measures may intensify and spread in the coming period, but neoliberalism has accommodated in the past for such measures too. The EU’s Common Agricultural Policy is a case in point: protectionist of EU producers (mainly agro-industrial giants like Nestle or Campina) but ultra-neoliberal in relation to non-EU markets (see the EPAs between the EU and the so-called ACP countries).

Furthermore, even if a substantial decline in free trade takes place due to protectionist measures, that is not enough to speak of ‘de-globalisation’, a term used in SG’s recent article on the EU. Free trade is not the only a dimension of globalisation, whereas ‘de-globalisation’ would imply a qualitative reversal of all or most of its dimensions. One such dimension are the international supply chains. Today, the production of a single car involves workers from two, three or sometimes more countries. Can we expect in the coming period a substantial relocation of production in companies’ countries of origin?

Speaking of that, many big companies today are multinational corporations that gather members of capitalist classes from various countries. Multinationals and their foreign affiliates make up for a third of global economic output and GDP and for two-thirds of global trade. ‘De-globalisation’ would also imply a fragmentation of these corporations along national lines, which is rather unlikely for the time being.

Finally, globalisation is an objective historical process, as already Marx noted. Of course, it can be argued that capitalist globalisation has reached its limits, due to the deeper internal contradictions of the system, but reaching the limit is not the same as reverting to a previous state, as the term ‘de-globalisation’ implies. Hence, perhaps ‘halt of globalisation’ might be a more adequate term to use, with the key qualification that it is not an even and permanent feature of the world situation.

What about the other aforementioned elements of the neoliberal framework? There are yet no compelling signs that we will see any time soon a decisive break with any of them. The EU is preparing a recovering plan, estimated at 750 billion euros, which is not only insufficient but will most likely be given to members states mainly as loans rather than grants. And just like with the previous Eurozone crisis, these will have attached conditionalities entailing further austerity measures. Sure, some countries, like the US or Germany, may afford more expansive Keynesian policies, but not to the extent that will see a massive shift in the share of the GDP back from capital to labour. Also, nationalisations may take place, not on a long-term basis though, but as a way to socialise the costs of the crisis and prepare the ground for subsequent re-privatisation. Indeed, even such limited measures are likely to be the exception rather than the rule globally. How many peripheral and semi-peripheral states have the resources to employ such policies?

In conclusion, capitalism its entering arguably its biggest crisis ever from a very weak position, after years of sluggish economic growth and toxic financial practices. This means that there is no material basis for a qualitative shift to Keynesianism, be it from the 1930s or the 1950s. While some Keynesian and protectionist trends will accelerate, and already are in some countries more than in others, they will not prevail over the current neoliberal framework in the coming period but will most likely be accommodated by it. This framework has proven versatile in the past and most capitalists cannot afford doing away with it even if they wanted to. A third possibility is, of course, that a hybrid between these economic policies will emerge, where the balance between them will depend once again from region to region and country to country. Either solution, though, will prove incapable of coping with the deeper contradictions and crisis of the capitalist system.