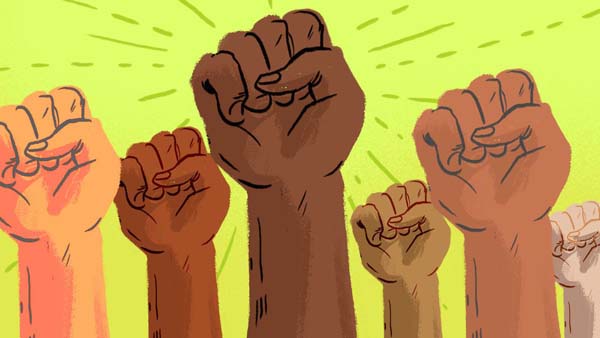 At the end of June 2021, 3 sections and a number of groups and individuals disaffiliated from the ISA (read the “Open letter” here and the reply of the ISA leadership here). This came as a result of internal debates, differences and tensions that had arisen in leading bodies shortly after the split with the CWI (in the summer of 2019). After that major split in our forces, it was inevitable that different opinions would come to the fore. What was needed to handle that process was a patient and inclusive attitude from the new leadership. But this didn’t happen. Instead, the new leadership of the ISA, while in words accepting the right of minority opinions to exist, in reality it considered them as a problem and strode to diminish them.

This situation came to a climax at the long February 2021 International Commission, in which an all-out attack was unleashed towards comrades and sections that disagreed with the majority positions. Minority comrades from different sections then had no other way to respond but to declare an internal tendency, named Tendency for Internal Democracy and Unity (TIDU). We publish below the comment by TIDU on the “Response to the declaration” by the IE Majority.

-You can read the Declaration of TIDU here

-You can read the “Response” by the IE Majority here

[You can also read about the different internal debates here]

In the IMB #16 the IE majority responded to our 3-page long declaration with a 9-page document. We won’t respond with a document triple the size, because we don’t want to overload the comrades with too much material. We’ll take up some of the points here, but we intend to continue the discussion on some of the topics that opened up for debate, in due time.

Does a tendency need to have a full “programme”/platform?

In the “IE reply” the comrades write:

“The declaration’s comments on the question of political analysis are confined to criticism of ISA’s perspectives, which moreover are of a very general and vague nature.”

What is impliedhere, but was spelled out explicitlyin the IE meeting of March 25th and the IC meeting on the April 8th, is that “there is no sufficient political basis for a tendency” and that a tendency needs to have a “programme” or a “platform”. We are told we have to produce more material, to clarify our positions, objectives and aims because our criticisms are “general” and “vague”. The truth is, in the past months comrades who now belong to TIDU produced lots of material on many different issues. We don’t expect the majority comrades to agree with our material precisely because what we write is critical of their positions. But they should nοt pretend that we have not produced positions – we invite them therefore to respond to those positions.

The idea that the majority in the leadership can demand of a minority tendency to present a platform on issues that the minority does not see the need for, is a serious problem in itself!

The aims of TIDU are very clear: we see serious problems with the political analysis and the internal regime and we want to raise these for discussion in the International with the aim to correct them and move forward. This is a sufficient basis to form a tendency.

In addition, a tendency should not be considered an “offensive” move, endangering the unity of the ISA. We believe that we should follow the example of the Bolsheviks, who had a very rich history/tradition of factions and internal groups, until the rise of Stalinism.

A tendency is not a political party, and therefore there is no need for it to have a full programme on all issues. According to the Statutes voted on by our last World Congress,

“Members have the right to form factions or other forms of internal groupings (tendencies, opinion groups, etc) around specific issues and ideas where disagreement exists”.

We formed a tendency around specific issues where disagreements exist, and this should be respected by the majority. To demand of a tendency, to take a position on all issues, instead of engaging in a discussion on the issues that the tendency raises, is a blind alley and only leads to polarization; particularly so if this is coupled with a push to have a “fast forward” discussion with all the issues mashed up together. This is something that TIDU wants to avoid.

What does a “structured” debate mean?

The majority cdes demand of TIDU to have a “full programme”, to then go for a condensed debate on all the issues, in the context of what they describe as a “structured” discussion. They write:

“The best way forward is a structured debate throughout ISA on these issues.”

“Representatives of the tendency should engage with ISA’s leading bodies to discuss and decide upon a structured plan for these debates.”

“This will require a structured and planned approach regarding the frequency and volume of written material and verbal debates.”

We don’t want a “debate” which will dominate the life of the International to such an extent that it will pose a problem in the building of our sections. Comrades in the International should not be nervous about the creation of a tendency. A tendency can be very beneficial if the majority is willing to accept it as a normal situation, as used to be the case with the Bolsheviks. The old

CWI never had an internal regime which allowed such freedom of exchange – it never had a truly Bolshevik internal democratic regime.

Do all supporters of a tendency need to agree on every issue?

To state the obvious, no! The supporters of a tendency on specific issues do not have to agree on all the issues. That is normal in every grouping. In the majority of the ISA, for example, there are bound to be differences. Could it be otherwise? Comrades that support TIDU came together to make a contribution on some specific issues. The majority comrades should respond to those and not try to “discover” points on which TIDU’s supporters may not agree with each other. A debate can take place on a healthy basis only if it concerns what each party actually says and not what other comrades think we should be saying or not saying.

Similarly, to state the obvious, we don’t believe that the leadership is wrong on every issue (we have been challenged on this “question” in the IC of April 8). We don’t think that there are leaderships which are correct on everything or wrong on everything. That defies common sense. So, we raise the issues that we disagree on. It goes without saying that we agree on the fundamental issues, that’s why we are part of the same International.

Are intentions the defining characteristic of a leadership?

Comrades of the IE majority, in the part of their document with the subtitle “Arguments made in bad faith?” try to insert an aspect in the discussion which we don’t find useful. They ask:

“What is the justification or basis for taking such a negative view of comrades who make up the majority” and that we should “take up points raised by all comrades in good faith”.

We never accused the comrades of acting in “bad faith”. We are concerned about the objective dangers that flow from mistakes in their analysis and the way the leadership addresses the question of the internal regime and culture.

In the section “Democratic Life in the ISA”, the IE majority cdes try to counter our arguments about the problematic aspects of the internal culture in the ISA. We ask all comrades to read this part and ask themselves what is essentially the argument that is presented. The majority cdes basically cite the number of meetings and IMBs that we have in the ISA compared with the CWI.

While more meetings and IMBs are very welcome and can play a helpful role in the internal life of ISA, this is a different issue from a healthy internal democratic regime – quantity is not the same as quality. In our declaration we cite a number of examples where the rights of the minority and even the Statutes were violated. The essence of internal democracy is how differences are treated

– if there is a healthy and not toxic atmosphere during debates, if comrades do not feel nervous and threatened when somebody criticizes their opinion, if cdes engage in an open and fruitful dialogue about the problems and do not become defensive and hostile. These crucial aspects for a revolutionary leadership are not judged in periods or instances when there is agreement. They are judged when there are disagreements and more so when there are serious ones.

Of course, there is no “magic formula” for this, as the majority comrades wrongly claim that we are saying (where did we say that?). But a good start would be, for example, to criticize TIDU for things we have actually said and not positions we did not take. In the “IE response” comrades claim they don’t want to polarize the debate. But presenting different opinions than the ones we have, just to score points against us, obviously leads to polarization. Just to cite one of the many examples on this, the majority comrades write:

“…while they have recently accepted that we are entering a new epoch…”.

So, in the words of the IE majority we only recently accepted that we have entered a new epoch after the Covid-crisis. The question is, how can they distort our positions so blatantly? Is this a “mistake”? And could it have been made by all the comrades in the IE majority? We have to request a more serious approach to the discussion of political differences. We would like to remind the comrades of our real positions.

In one of the very first documents of the debate, only days after the “Update” on world perspectives, which started the whole debate on neoliberalism, the Greek IC comrades wrote:

“In general, we think that we are in the middle of very important phenomena and of a turning point in global developments…”(initially circulated on 19 May 2020 – IMB #8)

“We all probably agree that what is perhaps the most global, if not the deepest, capitalist crisis ever will bring important changes to the way the system operates. In other words, we are entering a new period in the history of capitalism.”

And on 30 October 2020, in the document “A balance sheet on the debate on Neoliberalism”, signed by 4 comrades from Greece, Sweden and the US, it is stated:

“There is general agreement in the international organization that we have in front of usa very deep crisis of capitalism which will have major repercussions on all levels – economic, social and political. This crisis represents a turning point in global developments.”

So, the difference is not if we are entering a new epoch or not, but what are the precise characteristics of this epoch. We call on the majority cdes to engage in a debate on that, and not on imaginary issues.

We hope that we can keep the good and break with the bad traditions of our history and move forward. We believe that TIDU and these debates can play a positive role in this course.