Brazil: Interview with V. Arcary- Bolsonaro’s nightmare, Lula and the debates inside PSOL 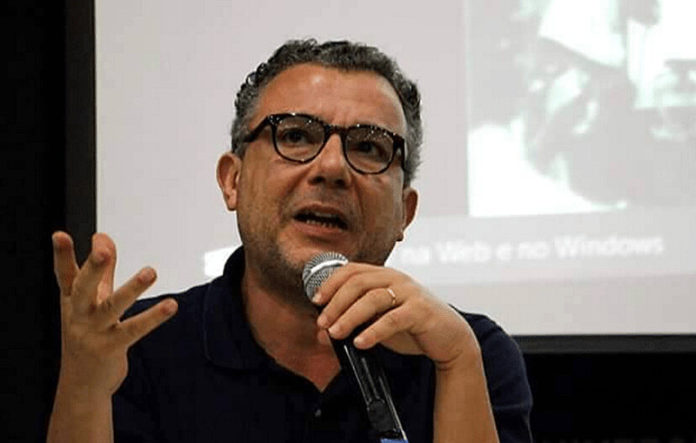 Latin America has been on the international spotlight in the recent period. Revolts in Chile and Ecuador; strikes in Colombia; defeats for reactionary coups in Venezuela and Bolivia; left-leaning governments elected in Peru and Mexico; gains for the revolutionary left in Argentina; important movements in Brazil; these are only some of the developments representing a shift in the situation in the Latin American continent. In this general context Internationalist Standpoint spoke with Valerio Arcary, a leading member of Resistencia, an organization in Brazil which is part of the Socialism and Liberty Party (PSOL). This is what he had to say about the developments in Brazil.

Q: On January 1, 2019, the whole world was watching the far-right figure Jair Bolsonaro become the president of Brazil. Now his presidency seems to be towards its end. What has been the record of his government from the standpoint of the oppressed?

A: It was three years of complete disaster. Really, it was a cataclism, a nightmare. Bolsonaros’ extreme right-wing governement is probably one of the worst in the whole world. And the competition is serious!

After the 4.1% drop in the GDP in 2020 (which was partly cushioned by the impact of the Emergency Aid), the forecast at this moment is for, maybe, 5% growth for 2021 – which probably is optimistic. As a result, the Brazilian economy will likely be, at this beginning of 2022, at a similar level (a little above or below) to what it was in December 2019, before the outbreak of the pandemic.

When we consider a longer period, we’ll find a structural economic decline since the 1980’s, with fluctuations, such as the period of big economic growth between 2005 and 2013. There is stagnation of GDP per capita and a dynamic of falling investment rates, as well as a process of relative deindustrialization of the country, in which the growing weight of commodities exports (non-industrialized basic products) stands out. In 2021, around 70% of the products exported by the country were raw materials (especially soy, iron ore and oil). Industrial products corresponded to only 32.8% of the exports in 2021. In 2003, industrial exports represented 62.3% of total exports.

Since 2014, unemployment, poverty, famine, racist, sexist and LGBTQIphobic violence, the attacks on basic rights – among other elements of the social crisis – have skyrocketed in the country. This represents a new level of exploitation and oppression. The attacks on the rights and achievements of the working class, with the aim of enhancing capitalist profits, was the basis of the bourgeois social-economic program of the 2016 post-constitutional coup period.

The serious social crisis that the working class is face with can be measured by several indicators. Hunger currently terrifies nearly 20 million people and more than half of the households face some degree of food insecurity. At the end of last August, 13.7 million people were unemployed and 5.3 million were discouraged  workers (that have stopped looking for a job). 10.8 million are in informal jobs, and 25.4 million are self-employed (such as day laborers, Uber and other app drivers, etc.). There are 31.1 million underutilized workers (the sum of the unemployed, the discouraged workers and those working part-time). The number of employees with a formal contract in the private sector was only 31 million people, and the average wage US$400,00.

The average worker’s income was, at the end of August of last year, 10.2% lower than a year earlier. Salaries and other incomes from work, are frozen or even cut, and do not keep pace with rising inflation. Inflation, in turn, affects above all the poorest, whose income is spent mostly on basic food priducts and rent, in which inflation has risen the most.

As far as the pandemic is concerned, the prospects are still uncertain. We’re in the third wave with the Omicron variant. Bolsonaro is a pandemic negationist. Compaired with nations at the same stage of economic and social development Brazil had more than 640.000 excessive deaths, something apocalyptical. With the advance of the vaccination programme in the country, there was a decline in the number of deaths (from about 3,000 deaths per day to less than 300 in December- but now something around 800) and contagion. Bearing these elements in mind, the eventual emergence and spread of a more transmissible or vaccine-resistant variant could trigger a new wave of the pandemic.

Another face of the bourgeois offensive is the acceleration of environmental destruction, which occurs in close connection with the massacre of indigenous peoples. The advance of the frontiers of agrobusiness, oil extraction, illegal mining, illegal logging, real estate developers, ect, translates into large-scale environmental devastation. Which in turn produces increasingly severe climate changes (prolonged droughts, more rigorous winters, water crisis, soil desertification, degradation of rivers etc.) and in the accelerated destruction of the fauna and flora of the Amazon, Cerrado, Pantanal and the Atlantic Forest.

Q: After the Lava Jato* campaign and his imprisonment, Lula now seems in a course to win the next presidential elections. On what policies does he campaign? What is the political outlook of PT at this point of time?

A: In more general political terms, the weakening of Bolsonaro, with the formation of a social majority against the government in the polls, and the strong return of Lula to the political scene, “resurrected” after the annulment of the Lava Jato convictions, produced a dynamic of recovery of left politics amongst working people and the youth. The fact that Lula has become the main alternative to Bolsonaro for the majority of the working class implies not only his political rehabilitation, but also the political recovery of the PT (Workers Party) itself. There is no doubt that Lula will be competing Bolsonaro for the presidency. And the PT will increase its number of deputies and senators, in addition to maintaining government positions in states of the Northeast. After the tragic experience under the Bolsonaro government, sectors of the working class that broke with Lula and the PT between 2015 and 2018, and turned to the right under the pressures of the middle class, are now returning to the Lula and PT influence.

There should be no doubt that Lula and the majority leadership of the PT will make every possible effort to forge alliances with sections of the bourgeoisie in the elections, as well as present a mederate programme. After all, they follow the same strategy as always: form class conciliation governments to administer Brazilian capitalism.

Geraldo Alckmin will be, probably, the vice president of Lula’s ticket. Previously he was in 2006 and 2018 the most important bourgeois candidate of the ruling class for the presidency. What this represents now is a symbolic alliance between Lula and the ruling class. If we have a second round, and Lula faces Bolsonaro, which is the most probable hypothesis, a sector of the big bourgeoisie might support Lula.

Q: What is the state of the movements and the trade unions in Brazil in the last period? What were the main struggles of workers and the exploited layers in society?

A: In political terms, the execution of Marielle Franco and the political imprisonment of Lula were the peak moments of the reactionary advance. Defeats have always tragical consequences. The bourgeois offensive changed the social relations of forces between labour and the capitalists, and the middle class made a severe turn to the right. Unions have weakened and the number of strikes has fallen in recent years. Social movements, such as the MST [landless movement] and the MTST [homeless workers movement], experienced a retreat in urban and rural occupations. The working class, in general, was weakened in terms of politics, mobilization and organization during this period. But, fortunately, there was no historic defeat as that of 1964- the military coup that led to twenty years of dictatorship. The demoralization of an entire generation, this time, did not happen.

The women’s movement (protagonist of the gigantic Ele Não protests, of the March 8 demonstrations and other actions) and the black movement (protagonist of the anti-racist protests and other important actions) had a positive dynamic, even inside a generally reactionary situation. Before the pandemic, the education sector (students and professionals in the field) also played an important role in social struggles, as seen in the Education Tsunami and in several teachers strikes. The indigenous movement gained new momentum in the struggle in its territories and organized a historic encampment in Brasília against the Marco Temporal [the legal act which promotes the demarcation of indegenous land- read more here]. The formation of a United Left Front in the Bolsonaro Out campaign was able to mobilize dozens of thousands in four hundred cities, which was a political victory in the workers’ struggle, although it proved insuficient to defeat the government. We needed millions in the streets in order to do that.

Q: There is a lively discussion inside PSOL about the electoral strategy towards Lula. Can you give us a summary of this debate? What are the issues at stake for the Left approaching the elections?

A: PSOL held a National Congress in 2021. It mobilized 10,000 activists and 50,000 of its members voted as part of this procedure. The central polemic was between two tactics. The majority (56%) defended a United Left Front with Lula and the PT, considering defeating Bolsonaro as a priority. The minority (44%) defended presenting our own candidacy.

PSOL has advanced in recent years by having a correct political orientation; fighting against the institutional coup in 2016; fighting against Lava Jato and the extreme right; defending a United Left Front against Bolsonaro; fighting to end the imprisonment of Lula; connecting to the sectors of the vanguard of the mobilizations (women, black peopla, LGBTQI people, the youth and education professionals).

But PSOL grew in a period of a relative political decline of the PT. With the return of Lula, and the fact that he is leading the polls for the presidential election, the conditions of the political struggle within the Left have changed, as the PT gains muscle to dispute the space in which the PSOL had been developing. Lula apears as the only candidate that can defeat Bolsonaro.

This new scenario will require that PSOL, once again, gets the political orientation right. On the one hand, the party will have to connect with the majority sentiment of the working people and the youth (including the avantgarde layers) who see in Lula the only alternative to defeat Bolsonaro. If PSOL doesn’t do this, it will certainly be run over by the PT, suffering a great risk of losing a significant part of the political space it has conquered. It could be “suicidal” and condemn PSOL to severe marginalization.

The challenge, therefore, is to be part of the progressive mass movement (which wants to defeat Bolsonaro by voting for Lula) while maintaining its own political profile and an independent program of the working class, against class conciliation and alliances with the right.

*Lava Jato (Operation Car Wash) was a criminal investigation with charges for corruption against Lula and the PT, which was used by the right-wing to implement a constitutional coup.