Solidarity to the striking oil workers in Iran! 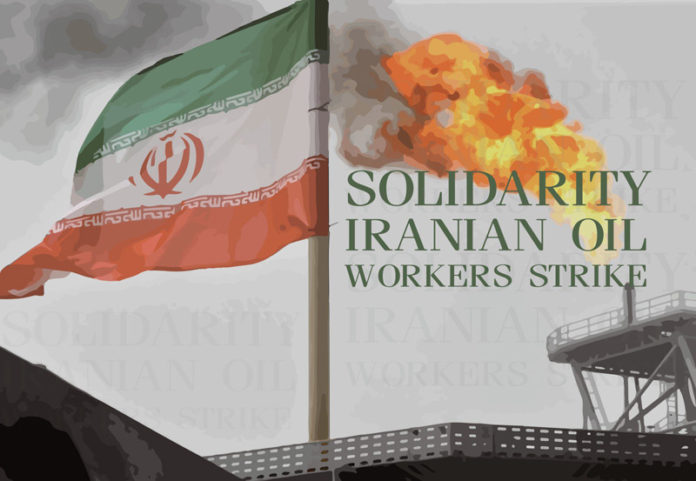 Tens of thousands of contract oil workers in more than 105 oil fields are on strike in Iran, for more than a month (the first strikes started on the 19th of June).

The demands of the workers as stated by the newly formed Organising Committee for the Contract Oil Workers’ Strike, is an increase in wages to 12 million tumans (about 480 dollars) per month, 20 working days and 10 days off each month, safe working conditions and the raising of living standards.

Since the beginning of the strike, the private contractors and subcontractors that are running the projects are firing workers and withholding their wages. The striking oil workers in return demand the cancelling of private contracts and the return of all fired workers to the workplace.

Τhe government attempts to set up Islamic councils to tighten its control over workers, and the workers oppose this and insist on the right to form their own real organisations, and the right to assemble and protest.

The Islamic regime of Iran continuously violates basic democratic rights of the workers, including arrests of striking workers, who are subject to severe sentences, including flogging as a punishment for their struggles.

We express our firm support for the struggles and demands of the tens of thousands taking part in the strike. For:

We stand in solidarity with all strikers and the workers that have been imprisoned.