Portuguese elections: contribution to the debate by Semear O Futuro 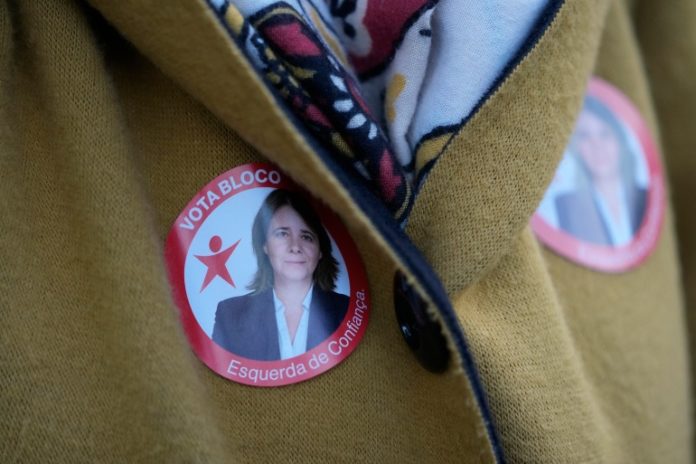 The following statement has been produced and sent to us by Semear O Futuro, a revolutionary socialist tendency inside the “Left Block” as a contribution to the debate which is taking place inside the Left about the reasons for the defeat of the the left parties and the rise of the Far Right in the recent (January 30) elections in Portugal.

From the electoral hecatomb to a strategic alternative: seven notes about the elections from the left

Much has been written and more will be written about the results of the elections of January 30th. These notes are neither a quick answer nor a deep reflection, they are a contribution to a debate that will necessarily open up on the left.

Since 2019, two fundamental trends have been seen in our national political life: the first is the resilience of the PS Government, even through the pandemic, and its center-left management that favors the great interests of the market at the same time as it guarantees social stability due to minimal concessions to the popular classes; and the second, the recomposition of the right, in an ultra-liberal and neo-fascist radicalization, which at times expresses itself with an autophagic dynamic, preventing it from disputing power, and at other times takes the form of complementarity, making it a real danger. Both trends were expressed in these elections, but for various reasons it was the first that took hold. The second, however, did not cease to exist and is expressed in the results of Chega and IL, which announce future dangers. The oscillations in polls, analyzes and party tactics can be explained by the existence of these two political tendencies and the attempts to adapt to them. The absence of a third tendency stands out: a polarization to the left, expressing the popular will to achieve rights – despite the fact that recent years have not been a desert when it comes to social struggles, contrary to what some say – we can think of the anti-racist struggles as well as the climate mobilizations and trade union work, among others.

From the left’s standpoint, the result is very harsh. But that cannot erase the fact that the right has been defeated. The last-minute vote that gave Costa an undeserved absolute majority was a vote for stability. But a stability in which social rights are not attacked, in which unemployment is low, in which the extreme right is kept out of power. Costa capitalized on popular memory against austerity, still associated with the right. This refusal, which is expressed today in PS, can and must be channeled towards the social struggles that only the combative left can represent. Only this way will we be able to move from rejecting the worst evil to the struggle for a better life, only then will the progressive echoes of the struggles against the right and austerity not be dissolved into disillusionment, paving the way for ultra-liberal and neo-fascist revanchism.

The left, BE (Left Block) and PCP (Portuguese Communist Party), now find themselves in a very complicated situation ― but not a desperate one. Understanding the results is necessary to be able to build a strategic orientation for the future. If this is done the left indent can be reversed; if not, a scenario of prolonged marginalization of the left cannot be excluded. Therefore, all seriousness is necessary: ​​a broad, critical and fraternal debate will be decisive, free from fractional autophagy, based on the comforts of “we told you so”. It is to this collective elaboration that we want to contribute.

Avoiding one-sidedness is essential in this left swing. To conclude that it all comes down to the left having failed the 2022 state budget and that, consequently, it should have been approved, is a mistake. This position logically follows that BE and PCP should always approve PS budgets to avoid crises and electoral damage, which would lead them to a definitive subalternization that would always end with an absolute majority of PS or a return of the right. The opposite opinion, that the popular bases punished the left for its collaboration with PS, is even more superficial, given that these same bases largely voted for Costa, as they actually wanted more collaboration with the Government.

Nevertheless, it is correct to find the roots of this result in the politics of previous years. Regardless of opinions, there is no one who doesn’t. Moving beyond one-sidedness, the problem appears to have resulted from a confusion between tactics and strategy. In 2015, the support given by the left to a minority PS government was, initially, as a defensive and tactical gesture, correct: it converged with the need to remove the right from power and defeat austerity. However, managing this convergence medium term transformed tactics into strategy. In other words, in the absence of a substantive proposal that pointed to the dispute for power by the left, as an alternative to the right and PS, the management of the lesser evil itself became a substantive perspective. Not because of a conscious choice, but because another future path was not announced. On the opposite extreme, the extreme right resisted the vote for PSD, among other things, by enunciating a strategic course of power dispute. The left has stopped doing that. So, the budget failure by the left and the definitive rupture with PS appeared as a leap into the void: it was not at the service of an alternative strategy, prepared and enunciated with time, that presented the left as a useful tool not only to defeat the right, but also to overcome the current PS situationism. The ability to build this strategic proposal now will determine whether the left will be able to turn the current setback into a conjunctural difficulty or whether it will consolidate itself as a long-term defeat.

Looking to the right, Rio’s defeat cannot erase the accumulating dangers. The strength demonstrated by Chega confirms: there is a mass neo-fascist current consolidated in Portugal. It is a fast growing deadly cancer. It will take strong doses of political chemotherapy to defeat it, but also daring to remove it through surgery: only the mobilization of a social majority in the streets can defeat neo-fascism. This majority has to be plural, uniting different sectors, as broad as possible, but able to oppose neo-fascism from the top it has to mobilize who is neo-fascists main target. The courage to give centrality to the anti-racist fight thus becomes a matter of life and death for the left and even for democracy. There is no turning back. Alongside this, other fronts must be opened against the right, namely to rescue a youth seduced by ultra liberalism, in this sense the ideological dispute is also decisive, as well as social mobilization around issues such as the climate, precariousness and housing, that say so much to youth.

Here are some tentative clues for the construction of a victorious orientation on the left. Broadening an anti-racist profile, as well as feminist, for climate justice and LGBTQI+ is crucial. The anti-fascist struggle, based on this plurality of combats, will be a central axis of confrontation. Of course, opposition to PS is not excluded by all of this, but in addition to “inspecting” the government, the opposition must reflect a strategic alternative. As several personalities have already pointed out, the convergence on the left – Bloco, PCP, independent social and union movements – is back on the table. In the struggles, this will certainly be a reality. But only from the ability to point to a common force to dethrone rotation of the center  without diluting diversity, based around a program of anti-capitalist reforms, can do what was lacking in the recent period and that led to the electoral catastrophe. The post-election situation on the left is defensive, but if we play for a draw, defeat will be certain. The problem posed to the left is one that, in fact, has never been absent: to constitute a political alternative to dispute power. Unity once more.