Greece-Turkey-Cyprus: Joint statement of 47 environmental organizations on the earthquake in the Aegean sea 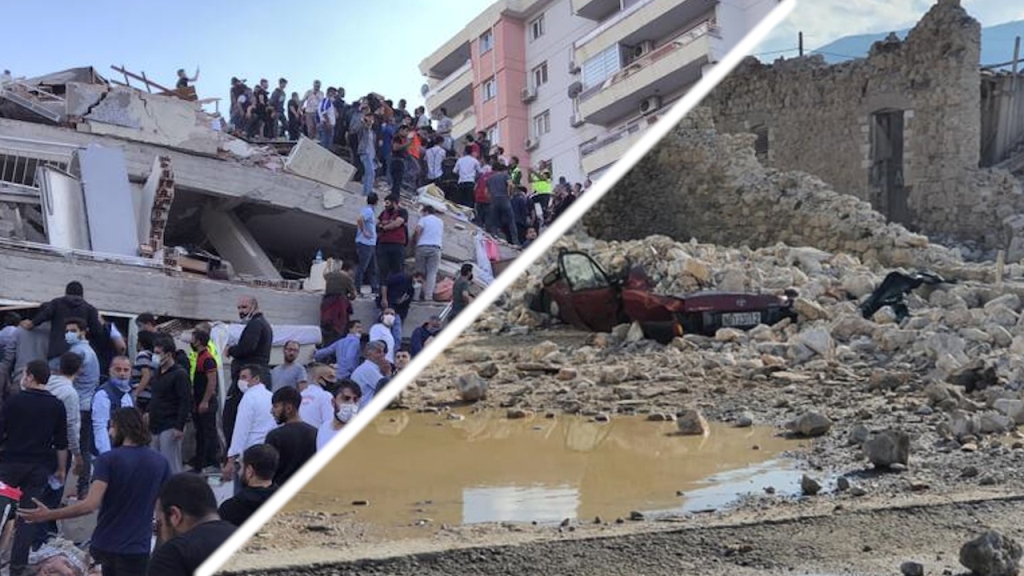 We believe that this initiative that unites groups, organizations and movements from both sides of the Aegean is of crucial importance, especially at this moment when our governments try to create nationalist tensions over their battle for domination in the area.

Common Voice from Two Sides of the Aegean Sea:
We stand in solidarity with life for people and the environment

On October 30, the Aegean Sea was shaken by an earthquake. We cry with the same tears to our losses on both sides.

On both sides of the Aegean sea damaged buildings collapsed on ordinary working people. The economic interests of the construction industry and the indifference of the state machine are to blame for this catastrophe and there is nothing “natural” in that.

Greek and Turkish states watched instead of preventing. They chose to spend huge amounts to fight each other instead of showing solidarity and cooperation.

They continue to bring the soil upside down, starting from the Mediterranean sea. If the extraction of hydrocarbons proceeds as they plan there can be huge environmental impact in case of earthquakes, which are usual in our area.

Our societies should base on preparing for earthquakes, not ignoring them.

Policies that accelerate the earthquake and multiply its effects and disregard nature should be ended.

War is between life and capital, not between our peoples!

We are on both sides of the Aegean sea, with life, not profits!