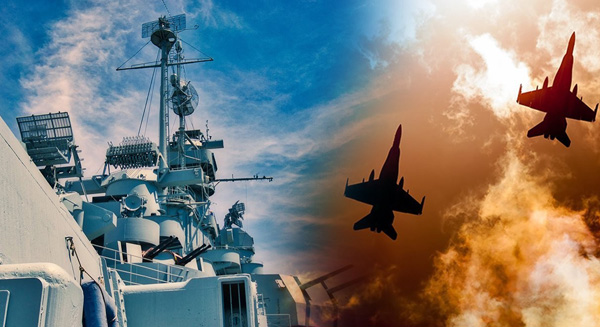 No to nationalism, no to war, no to Natural Gas drillings!

The discovery of hydrocarbon deposits in the Eastern Mediterranean seabed adds another factor to the competition of the ruling classes of Greece, Turkey and Cyprus. Today’s crisis, which has been going on for months, is the worst since the 1974 war, both in terms of how long it lasts and in terms of the dangers it poses.

Greek and Cypriot governments have designated offshore plots and entered into contracts with major oil multinationals for hydrocarbon exploration and exploitation. This, objectively, cornered economically and geopolitically the Turkish ruling class, which was the only major contestant in the area left out of the exploitation of the deposits. Erdogan’s regime was bound to react vigorously – but that was a factor that the Greek and Cypriot governments completely underestimated.

Erdogan government’s response, on the other hand, is part of its Neo-Ottoman aspirations, which are already causing huge tensions in the wider region, as revealed by the military intervention in Libya, before that in Syria, and so on.

Turkish warships have been escorting Turkish drilling vessels in the Eastern Mediterranean since the proclamation of the EEZ (exclusive economic zone) of the Republic of Cyprus. The declaration of an EEZ between Greece and Egypt, in response to the declaration of an EEZ between Turkey and Libya, was followed by the deployment of Turkish warships in the sea around the island of ​​Kastelorizo ​​which was followed by the deployment of Greek warships in response. For days the two fleets were facing each other with their “finger on the trigger”. According to the German media (Die Welt), Erdogan discussed the possibility of sinking a Greek ship or shooting down a Greek plane, but was stopped by his generals.

Eastern Mediterranean is currently experiencing one of the largest concentrations of naval forces on the planet: American, French and Russian aircraft carriers and warships in addition to the Greek and Turkish, naval and military exercises among the forces that make up the anti-Turkish bloc and include Israel, Egypt and the United Arab Emirates, along with Greece, Cyprus and France, paint a picture of the extreme tension that prevails.

The governments of Greece, Turkey and Cyprus, despite being badly hit by the Covid-19 pandemic and the economic crisis that it has brought about, instead of spending money on Health and for the protection and prosperity of their people, they are embarking on a new arms race.

According to the German Frankfurter Allgemeine Zeitung, the Turkish government increased military expenditure in 2019 to $ 20 billion which amounts to 7.8% of Turkey’s GDP. At the same time, while Greece is negotiating new large arms packages worth € 10 billion (approximately $ 12 billion) for the next few years. The small Cypriot economy after the lifting of the embargo by the US is preparing to buy new more advanced military equipment.

There is a huge concern in the people of all three countries. Despite the massive “patriotic propaganda” that is developing in both Turkey and Greece, according to a recent poll, only 35% of Turks and 46% of Greeks believe that their countries are capable of waging a war. Even in Turkey, where public opinion is “accustomed” to the constant warfare in which their government is engaged, 60% are against a war with Greece and only 31% in favor.

The illusions that  were cultivated for years in Greece and Cyprus that the EU and NATO could help de-escalate the decade long crisis and national tensions are being dispelled day by day.  It is becoming clearer, to large sections of the population, that the countries of NATO and the EU serve their own interests – and, actually, can often be in conflict between one another, as is evident from the different attitudes held by France and Germany in the EU.

But what should be clear to the working class and the youth  in Turkey, Greece and Cyprus is that no matter how much the ruling classes are willing to sacrifice countless lives in this competition, we have nothing to gain, neither from the drillings, the profits from which will be reaped by the multinationals and the local capitalists , nor from the claim of uninhabited rocky islets in the Aegean that only serve geostrategic interests in case of war, nor of course from the partition of Cyprus that still continues without any serious prospect of being resolved. For all these reasons,