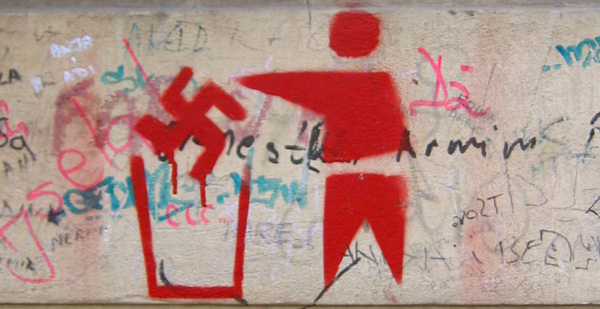 As the economic, social and environmental crises of capitalism continue to unfold before our eyes, so does political polarisation. In recent years, we have been witnessing radicalisation on both the left and the right. In general, this has been an uneven process in different countries. The previous crisis of 2008 saw mostly a radicalisation to the left and the meteoric rise of new left parties such as Podemos, SYRIZA, and figures like Bernie Sanders and Jeremy Corbyn.

However, these lefts’ failure to provide a fighting alternative to the capitalist status quo has opened the space for fake alternatives. Populist or far right parties such as Vox in the Spanish State, AfD in Germany, Lega in Italy, Chega in Portugal or National Rally in France – have become significant forces in their countries by claiming to defend “the people” (mostly conceived of in ethno-nationalist terms) against “the elites”. In fact, they are not anti-elite at all, but the political expression of the most reactionary elements of the capitalist elites and of the disenfranchised middle class.

Further to their right, there has also been a revival of more openly fascistic, street-based movements and organisations, perhaps most prominently in the USA but also in Europe. Such developments have been, of course, mirrored by a radicalisation to the left, including a resurgence in militant anti-fascism and anti-racism, often identified as “antifa”.

In other words, for every action there’s a reaction, for every trend there’s a counter-trend. Thus, fascism and anti-fascism have become again a central part of the public debate. But in a capitalist society the public debate is mainly shaped by the interests of capitalist elites and their lackeys in the mainstream media and beyond. This has inevitably given rise to a range of misconceptions with regards to what fascism is and how to oppose it. We publish below the first article of a 5-part series, in which we will take on the most common five of them. We start with a bit of history and address one of the most blatant fallacies that right-wing propaganda often spouts in order to discredit the idea of a socialist alternative to their bankrupt status quo.

Part 1: “The Nazis were actually socialists”

It’s almost endearing to see right-wingers today spelling out the full name of the Nazi party – the National Socialist German Workers’ Party – as though they made a jaw-dropping historical revelation. But it’s equally embarrassing how they use it as the evidence that the Nazis “were actually socialists”. If we would judge the politics of organisations or states by their names, it would mean that the Democratic People’s Republic of Korea (aka North Korea) is indeed a democratic people’s republic. The fact that Nazis adopted the “socialist” label was not a reflection of their politics but of an era of heightened class struggle, when socialist ideas were highly popular with the masses that the Nazis were obviously trying to appeal to. In fact, not only was the Nazi party NOT socialist, but it was profoundly ANTI-socialist. And we don’t have to read its propaganda to see that, but rather take a look at the actual policies the Nazis implemented during the 12 years they were in power.

First and foremost, one cannot be a socialist without being an anti-capitalist. The Nazis never broke with capitalism and never attempted to do so. Despite displaying, while in opposition, some superficial anti-capitalist rhetoric, the Nazis followed an economic policy particularly friendly towards big business. Despite their social base mostly consisting of small business owners, as early as 1933 the Nazi government passed a law forcing all companies to join a cartel. This prepared the ground for the 1937 decree that dissolved all companies with a capital under $40,000 and only allowed the creation of new companies if they had a capital of at least $200,000.

In fact, the Nazis were so pro-big business, that they went against the mainstream in other advanced capitalist countries at the time, which nationalised large sections of their economies following the Great Depression of the early 1930s. As this article forcefully demonstrates, “There occurred hardly any nationalizations of private firms during the Third Reich” and “there were few enterprises newly created as state-run firms”. But the really interesting part only comes now; Nazi Germany was the first country ever to perform mass privatisations of state-owned enterprises! As this other article documents it in detail,

“It is a fact that the government of the Nazi Party sold off public ownership in several State-owned firms in the mid-1930s. These firms belonged to a wide range of sectors: steel, mining, banking, local public utilities, shipyards, ship-lines, railways, etc. In addition, the delivery of some public services that were produced by government prior to the 1930s, especially social and labor-related services, was transferred to the private sector.”

Along with that, the Nazis also destroyed all independent organisations of the working class, not only political parties but also trade unions. Indeed, they banned the basic right to collective bargaining, which previous generations of workers had fought hard to secure. As a result of that, workers worked longer hours and GDP/capita increased by 60% between 1932 and 1939. In that same period, though, real wages only increased by 6%, while the rate of return on capital went from -5% to 15%! These profits went to a rising managerial elite – not even the 1% but the 0.1% of German society. It’s almost as though the Nazis anticipated many of the key policies that would later define neoliberalism.

So the very essence of capitalism, which is the pursuit of profit maximisation, remained the dominant feature of the German economy under the Nazis. Even as the war effort intensified and the state took more control over the economy, private monopolies like IG Farben (now Bayer) or Siemens still boosted their profits, largely on the back of slave labour from the concentration camps. But even the war itself was fundamentally driven by the imperialist interests of big business – having reached the stage of monopolistic capitalism, they were in need of more raw material, more markets, more cheap (or slave) labour.

To sum up, nothing of what defines a socialist economy defined the Nazi economy. Public ownership was limited, even relative to other advanced capitalist countries like the UK or the US. Economic planning, which expanded with the start of the war, was not to serve social needs but imperialist ambitions. And, of course, any kind of democratic control, without which socialism is not possible, was blatantly absent. Instead, state-owned enterprises were privatised, the organisations of the working class were extinguished and private monopolies saw their profits increase dramatically. The so-called “socialism” of the Nazis was in fact capitalism on steroids and with gloves off. As Trotsky aptly put it, regimes like the Nazi one emerge “when the bourgeoisie is forced to resort to methods of civil war against the proletariat to protect its right of exploitation”.

Of course, socialism is not just about an economy in public ownership and under democratic control, serving the needs of the people. That economic vision is rooted in a fundamental and unabated commitment to social equality. That means equality for ALL, regardless of gender, race, sexual orientation or religion. One cannot be a socialist without being an egalitarian. To say the Nazis were nothing of the sort would be an understatement. Their unparalleled barbarism against entire categories of people that they deemed as “inferior” (Jews, gays, Roma, disabled people) stemmed from a very conscious cult of inequality. They made a virtue and a guiding principle out of the very thing that socialism aims to abolish: social inequality.

Last but not least, socialism is inherently internationalist. That doesn’t come from some moralistic belief in the global brotherhood of all humans but from the objective need for international class solidarity and united struggle. Without that, socialism is simply not feasible. Internationalism is not an option, but a necessity. By contrast, the Nazis espoused the most chauvinistic form of ethno-nationalism ever seen, which expanded the aforementioned anti-egalitarian vision to entire groups of nations.

To conclude, no, the Nazis were not socialists. They pretty much epitomised the very opposite of what socialism is all about. Their role was, at the end of the day, to defend the expansionist interests of Germany’s monopolistic capitalism. Like fascists of all eras and all countries, they were on the side of the rich and powerful. Today it’s no different. Those who think fascism can ever be the alternative to the establishment are only playing into the hands of that very establishment. They are playing the role of the useful idiots of the rich.

We stop here for now, but in the next episode we will also see why there can be no political or moral equivalence – as much of the liberal propaganda claims – between fascism and communism.