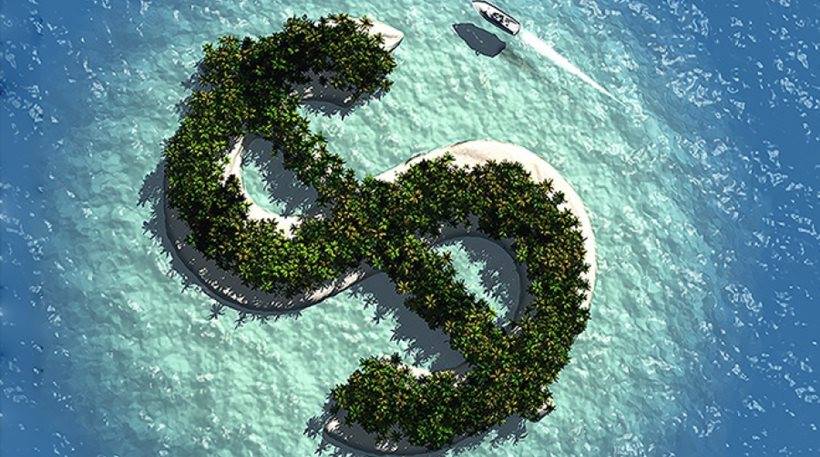 What do the Bahamas, Bermuda, Mauritius and the British Virgin Islands have in common with Ireland, Hong Kong, Malta and Luxembourg?

They are all tax havens. These countries apply very low taxes on corporate and private profits. In fact, Panama, Bermuda, the Cayman Islands and the British Virgin Islands apply zero taxation on big businesses!

Banks, multinational companies and wealthy businessmen around the world transfer the largest amounts of their profits to these tax heavens in order to avoid taxation in the countries where they hold their headquarters and do business.

As a result, government tax revenues in these countries are dramatically reduced – the loss amounts to a total of $427 billion per year!

In 2020 alone, a number of multinational corporations transferred $1.38 trillion (that’s $1.38 thousand billion) from the countries where these profits were produced, to countries having more favorable tax regimes.

The revenue losses suffered by the richest countries amount to 8% every year. These losses are then used as yet another excuse to cut social spending and public investment.

The poorest countries, like those in Latin America and Africa, lose 52% of their total public health budget every year. This has dire consequences for society and for the survival of people living in these countries, particularly in the context of the pandemic.

A recent report by the European Union’s tax observatory on 36 systemic banks has revealed that €20 billion worth of profits have been transferred to tax havens.

These are the same banks that after the 2008 financial crisis were granted more than €1.5 trillion of taxpayers’ money to avoid bankruptcy.  The above report reveals that they were not obliged to disclose information on their financial activities until just 6 years ago!

More is revealed in the same report: the banks actually make up to €238,000 of profit per year for every single employee working for them!

Bank speculation in every crisis

The pursuit of maximum profit by bankers has led the international capitalist system into global crises which, in turn, they use in order to continue to make profits at the expense of the majority of society.

The last major financial crisis was triggered by the property market crisis in the US in 2007. This snowballed into a generalised banking crisis in 2008, then into an international crisis in 2009 and eventually into a debt crisis for large parts of the planet. This was the reason that governments around the world rushed to bail out their banking systems by creating deficits in government budgets and borrowing huge amounts of money, thus creating unsustainable debts.

The banks of the strong European economies, such as Germany, actually took advantage of the debt crisis of the weaker economies of the European South, to add to their budgets total profits amounting to €80 billion in the context of the Eurozone debt crisis.

The banks’ parasitic role and the need for nationalisation

In summary, the big banks worldwide make billions of euros in profits and then transfer their colossal wealth to tax havens.

Due to the tax evasion of big business, government revenues are decreasing which in turn is used as an argument to reduce social spending.

And in case “something goes wrong”, the classic solution is to recapitalize the banks, and do so with taxpayers’ money.

A legitimate question is therefore raised: what is the use of the banks in a society, since all they do is draw capital from citizens without giving anything back?

The above mentioned  report has again highlighted how parasitic the role of banks and big corporations in society is.

Nationalising them, without compensation to the rich shareholders, placing them under workers’ and social control and management is more urgent than ever. In this way, these huge amounts of money can be used for social needs, like for example in the current conjuncture, supporting public health in facing the pandemic.