Turkey: report of the public meeting organized by Başlangıç on the upcoming presidential elections and the socialist left 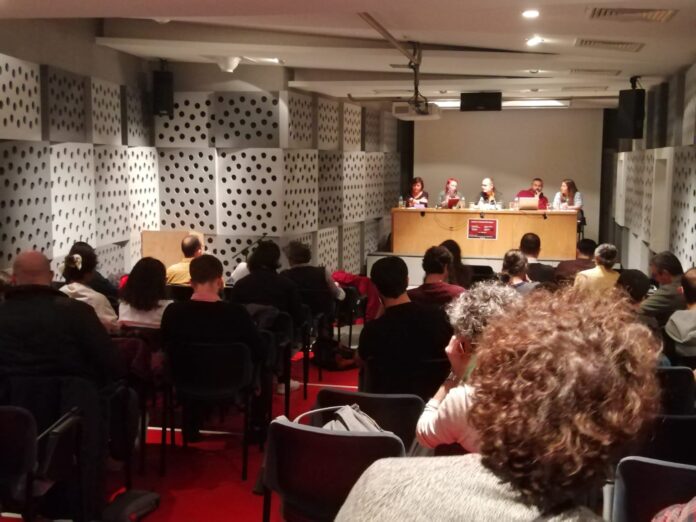 The Başlangıç collective organized a public meeting in Istanbul on the issue of the policies of the socialist Left towards the coming elections in the country.

Forty people participated in the meeting, mainly people of the organized Left, wanting to discuss the way different trends inside the movement see the developments.

Speakers from Cyprus and Greece were invited in order to present the experiences of the Left in their countries. Athina Kariati from Cyprus and Nikos Anastasiadis from Greece, took up the examples of AKEL and SYRIZA respectively.

Both speakers emphasized the inadequacy of reformist solutions, and the tragedy they led to. They spoke about the need to introduce policies that are concrete and in line with the demands of the working class. They elaborated on the structural weaknesses and problems, of both political and organizational character, of these formations. It was stated that the purpose of participating in the elections cannot be to legitimize the rotten political system that is already in question. The experiences of AKEL and SYRIZA showed how important it is to trust the class instincts of working people and to be ready to clash with the forces of capital in order to advance even the simplest reforms.

Then, Ilke Bereketli representing the Workers Party of Turkey (TİP) and Foti Benlisoy, representing the Başlangıç collective, took the floor and spoke about the perspectives for the Turkish Left.

İlke Bereketli, explained the founding philosophy of TİP and associated it with the developments in consciousness after the uprising that started in Gezi Park in 2013. She talked about the importance of making a breakthrough in the socialist movement by evolving the means of struggle. Bereketli emphasized that the struggle for elections is important, but it is only one of these means of socialist struggle.

Foti Benlisoy explained that bourgeois political architecture is becoming vulnerable day by day and the strengthening of socialist forces is a necessity today more than in the past. He emphasized that the coming together of the socialist forces both in the streets and in election lists is the only possible way to build a solid socialist force that can play a role in the struggles against AKP and capitalism.

Even though the hall had to close early, there were a number of questions and comments, especially towards the representative of TIP, since it is experiencing a big inflow of members and has become a focal point for this discussion. There was also a widespread feeling that the Left in Turkey, Greece and Cyprus should come closer, share experiences and organize solidarity and common struggles.

It was a very productive event, as all of the participants agreed. These discussions will definitely continue.