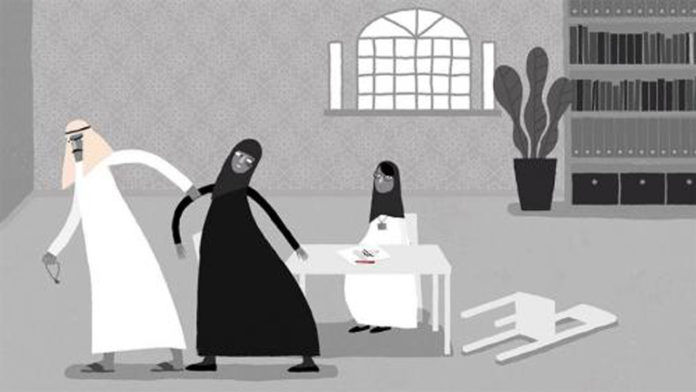 From the moment the US forces left Afghanistan and it became clear that the Taliban would quickly dominate, thousands of ordinary people began to express their concern for the future of the country’s inhabitants, especially women who would see their limited rights shrink even further – to an inhuman level. The fact that women will be obliged to wear burqas in all public places, they will not be allowed to work, their right to education will be questioned and so on naturally creates anger in all progressive people.

But next to them, the mass media in the so-called “western” world also began to cover the issue with reports, articles and photographs bringing evidence of the consequences of the Taliban’s advance into the country. The western governments too are expressing their “deep concern” about these developments.

Thus, the establishment of the West is now reacting as if the issue of women’s oppression is something new and terrible, which must be addressed at once. Yet, there is another country, quite close to Afghanistan, where women have been living under the “Islamic law” for decades, without a single “crocodile tear” shed by any European or US leader.

Nowhere without your “guardian”

A woman’s life in Saudi Arabia is controlled from birth to death by a “guardian”, a man from her family who is responsible for all aspects of her life. He is taking all the decisions, namely who she will marry, whether she will go to school, whether she will work, etc. Her first guardian is her father, then her husband, and if the husband dies or if the couple takes a divorce, the guardianship will be taken over by another male member of the family, in some cases even the woman’s son.

Having a guardian has enormous consequences on women’s lives, both at a practical and a symbolic level. The concept is based on the perception that a woman’s mind and abilities are forever limited to the level of a small child’s and she is therefore incapable of making any important decisions on her own. In practice, this renders a woman enslaved to a male relative, who in some cases even takes decisions concerning her health, for example whether to have an operation! Also, if she goes to prison and after having served her sentence her guardian does not agree that she returns home, the woman remains in prison!

While in theory the government has already decided twice (in 2009 and 2013) to repeal the guardianship law, in practice only some incomplete and ineffective reforms have been implemented, with the guardianship system essentially left intact.

In 2019, it was decided to “loosen” some of the laws and to grant some “rights” to women. As a result of this reform, a woman can now obtain a passport and therefore travel abroad without the presence or approval of her guardian. In practice, however, the guardian maintains the right to report the woman’s disappearance to the authorities and the police can take charge of returning her home.

Inequalities in education and employment and the pay gap

The guardian also decides whether a woman will receive education, up to what level she will progress in her studies and what field she will study – in case she does so indeed. If a woman wants to work, she still needs to have her guardian’s permission. But this is only the first difficulty a woman encounters in trying to find a job. There are different entrances and separated spaces for men and women in most public places such as banks, universities etc., and so is the case in parks, beaches and public transport. This also applies to workplaces. Whenever there are both men and women employees at a workplace, there has to be separated entrances and different spaces for breaks, toilets, etc. Thus, many employers choose not to hire women but only men, so as not to spend money on building additional infrastructure. On top of that, a woman can exercise only specific professions because of her “nature”.

In the unlikely case that a woman manages to overcome all these obstacles and get a job, she would be part of the “lucky few” 22% of women who are working overall, but her salary will be, on average, only 56% of the equivalent man’s salary.

Violence against women is a social reality rooted in patriarchal beliefs, according to which women are considered as inferior to men; as a result, in the framework of a relationship or marriage, women are often considered as the property of their partners. Adding on top of this the concept of guardianship, which formally renders a woman a piece of a man’s property, we can only imagine what amount of violence women experience in their families.

The reason why we can only imagine it but are unable to know the precise real picture is because the official figures are far from reality; this is so because of the current legislation and the few possibilities for a woman to escape from her abusive husband or other relatives.

According to studies and depending on the region, 20-39% of women have been victims of domestic violence. However, many women are practically and effectively prevented from referring to the authorities and reporting the violence they suffer. First of all, an existing law provides that “disobeying” their guardian is a crime. In some cases, it is also difficult to report domestic violence without the presence of a guardian, who very often is practically their abuser.

It is also extremely difficult for a woman to file for divorce. In order for the process to be launched, her husband also needs to agree to divorce with her, on the condition that the woman repay him the full amount of her dowry. In contrast, a man can unilaterally file for divorce without being obliged to inform his wife and without her presence being necessary in court. Upon termination of the marriage, custody of the children passes directly to the husband, even if the court decides that the children should remain with the mother.

If a woman finally decides to turn her back on the laws and escape from an abusive husband or family, she risks to be arrested and returned to her family. If she manages to escape and ends up in a shelter for abused women, she is not allowed to leave unless she “reconciles” with her family or agrees to an arranged marriage! So, she is condemned to a new confinement, a new captivity!

The “West” remains silent: why?

From the very first days after the Taliban takeover, it has become evident that life for women, LGBTQI+ people and also men will become extremely difficult and dangerous. Left-wing organisations, feminist and LGBTQI+ groups, Afghan refugees around the world stand in solidarity with the society of Afghanistan and denounce the Taliban regime.

At the same time, it is of utmost importance to highlight the responsibilities of the western leaders, and especially the US, for Afghanistan’s current situation, as well as their hypocrisy in terms of their “concern” for the women’s position in society.

The example of Saudi Arabia is typical. Saudi Arabia is the second richest country in oil reserves worldwide (the first one being Venezuela). It has developed an alliance and interdependence relations with the US for decades. On the one hand, the two countries are linked economically because of the oil, and on the other hand, Saudi Arabia is an important ally in matters of influence and security in the Middle East.

In the capitalist system, these interests come before any social rights. This is why the “West” keeps silent concerning the situation of women in Saudi Arabia. While they celebrate the news about women who are now allowed to drive, they consciously conceal the women’s general living conditions.

In the distant 2005, when US military forces were stationed in Afghanistan, the Revolutionary Association of Afghan Women (RAWA) was declaring: “The current situation in Afghanistan and the West’s continued support for the warlord terrorists of the Northern Alliance, prove that the US and their allies do not care about human and women’s rights, but only about their political and economic interests.”

That same conclusion is still valid today and it is being demonstrated in the most painful way. The only ones who really care and are able to defend human rights are the popular strata themselves, the oppressed minorities, the workers and the poor, and the movements around the world. The only possible answer to the imperialist “games” and their criminal consequences is our common and coordinated struggles for our rights. The hypocrites in the governments, the media and the big business are not going to move a finger for them, as long as these are not linked to their direct interests. Instead, they will try to use aspirations for equality to cover for their rotten policies. We will not let them do that!