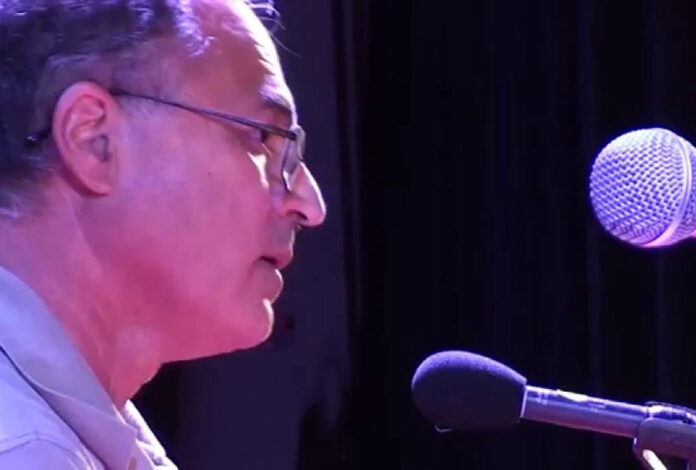 The Interview was taken by Marco Veruggio and published in glistatigenerali.com

The Greek population is the most suspicious of all people in the EU towards the policies applied by the West, NATO and the Greek government in relation to the war in Ukraine – actually quite a big minority explicitly support Russia. But this is not because of the “religious links” between Greece and Russia, although this is a factor in some conservative and backward layers. These layers however in their vast majority vote for the right-wing parties which are supportive of NATO (this is clear also in the polls as will be shown further on).

The main opposition to the policies of the West, which is then reflected or interpreted as supportive of Russia, comes from the left – not meaning the organised parties of the Left, but the “social left” and the mass of the population who do not identify themselves with conservative ideas and right-wing parties.

The Greek working class, the youth and the popular layers in general have suffered hugely as a result of the policies of western (and, particularly, US) imperialism: the defeat in the Greek civil war of 1945-9 came as a result of the invasion of British troops; the Greek military regime of 1967-74 came to power on the back of US support, the invasion of Turkey in Cyprus in 1974 became possible due to the “neutral” position taken by NATO and particularly US and Britain; more recently, in the course of the 2010s the Troika (representing the European and US ruling classes) destroyed the lives of millions of Greek people.

Hatred to the Western powers is therefore deeply ingrained in the minds of huge sections of the Greek population. On the other hand, Russia (or the ex-Soviet Union) never caused any suffering to the Greek people. Without wanting to oversimplify things, these are the main reasons behind the anti-Western feelings of the Greek people, in relation to the Wests’ involvement in the Ukrainian war, which is often translated to pro-Russian feeling.

ND is “more pro-NATO than NATO itself”. The prime minister Mitsotakis, one of the most hated PMs in recent Greek history, has arrogantly described the positions taken by this government as being “on the right side of history”. Mitsotakis and the Greek elite have a policy of showing to NATO and the US that they are obedient yes-men and servile to the bone, to whatever decisions they may take.

This has always been the attitude of the Greek ruling class, which was seeking the support of Western powers against the internal threat it faced due to the militant traditions of the Greek working class. It also seeks to develop good relations with the US by being servile, so as to make use of them in its antagonism with the Turkish ruling class.

Relations with Turkey have been going from bad to worse. In the recent years there is a real threat of some kind of armed escalation taking place.

The rise of Turkey as an “important” regional imperialist power has been quite clear in the last few decades, as is shown, among other things, by its military interventions in Syria, Libya, Iraq, the role it played in the war of Nagorno Karabagh etc (not to mention the never-ending suppression of the rights of the Kurdish people and the invasion of Cyprus in 1974). In its relations with Greece, the Turkish regime is explicitly demanding a readjustment of international treaties so that it acquires a larger part of the Aegean Sea, including many islands. It demands recognition of north Cyprus as a separate state and a share in the exploitation of hydrocarbons under the seabed of Eastern Mediterranean. These are demands that will not be accepted by the Greek and Greek-Cypriot ruling classes. The latter turn to the EU and the US for support against Turkish aggression – not with much success we should add.

In relation to the war in Ukraine, the fact that Turkey is taking an intermediate position, not fully siding with NATO, refusing to apply sanctions against Russia, etc, is raising the hopes of the Greek ruling class that at last it will be rewarded for its loyalty to the US and EU line. But with the exception of France, no other big power (US, Britain, Germany, etc) has taken a position close to Greek interests and against Turkey’s demands.

In many ways the war is making the crisis worse. After the decisions of the EU to look for alternative supplies of hydrocarbons so as not to depend on Russia, discussions have reopened on the issue of the East Med pipeline which, if constructed, will carry natural gas from Cyprus, Israel and Egypt to Europe (through Cyprus, Crete and mainland Greece). This will not be accepted by the Turkish regime.

As a result of all these there is a new, truly mad arms race between the two countries. The war in Ukraine has made things worse because it showed that the Turkish “Bayraktar” military drones (used by the Ukrainian army against Russian troops) can be quite effective. As a result, the Greek ruling class is entering a new period of massive arms spending to counteract the Turkish threat, and Turkey is responding by saying Greece is aggressive, more weapons are necessary.

The situation is dangerous. What is worse is that we see no way these contradictions can be solved in the context of the capitalist system.

There are political forces which represent this feeling of the Greek masses, but of course in parliament they are much weaker than in the general population.

The parliamentary forces that reflect these feelings are those of the KKE, the Greek Communist Party, and MERA25, the Greek section of DiEM25 (represented by Yianis Varoufakis). Between themselves they represent no more than 10% of the electorate. Both KKE and MERA25 have taken a position opposing both the Russian imperialist intervention in Ukraine and NATO imperialism.

SYRIZA on other hand is not taking a position against NATO but it has disagreed with the sending of arms to Ukraine.

Rising prices are becoming the main problem of the Greek working class and the poor. Inflation in Greece is at present at 10.2% which is above the EU average (about 8%).

The government has made a big issue of offering a rise of 7.7% on the minimum wage (more than 50% of the Greek workforce are paid with the minimum wage) raising it to around 600 euros (take home) per month to cover the losses of 2021 and 2022. This does not even cover the current official inflation.

If, however, one takes into consideration the basket of goods that makes up the majority of a working family’s expenses the rise in prices is much higher than the official (average) inflation rate. For example, in the previous period natural gas rose by more than 100%, petrol at the pump by more than 50%, lamb and goat meet by around 18%, olive oil by 16%, fruits and vegetables by 15%, bread by 20%, etc.

It is getting worse by the day. It will certainly be worse in the Autumn.

The official trade unions are far away from the needs of working-class people. They do nothing to develop any kind of serious struggle. When social pressure becomes too big, they usually call for a general strike in such a way so that they make sure that it will fail – just to let off steam. Despite this, the last general strike that they called in April was successful and the rallies were quite big. But, interestingly, the rally called by the Unions was a complete failure. The rallies that were successful were those called by the Left.

Of course, in Greece we have the problem of the fragmentation of the Left and the many different rallies called by different forces on the same day and over the same issue. The rallies called by the KKE (Greek Communist Party) and ANTARSYA (the anticapitalist left alliance) were sizeable, with the biggest number of people compared to the past few years. Of course, they were not comparable to the huge mobilizations of the Greek working class at the time of the great struggles against the Troika.

We have already taken a number of initiatives, like calling for demonstrations with the general slogan “No to war – against both Putin and NATO”. But the mobilizations have been small. Nothing compared to antiwar movements of the past. I think that this is related, to some extent at least, to the character of the conflict: people are not clear about who to demonstrate against, they don’t see how they can have an impact by protesting and, also, the main worry is if the conflict gets out of control and escalates into a third world war. I don’t believe this is a realistic perspective, but people are naturally worried. Some concerts were also organised by well-known left artists, which attracted quite a few thousand, with a similar political content. The government actually attacked the organizers because the concerts did not have a clear anti-Russian, pro-Ukrainian character but were against both Putin and NATO.

We also organised public meetings (see for example) to discuss the character of the war and the tasks ahead.

No, unfortunately the intellectuals, and more specifically the academia, are not playing any significant role in the present conjuncture. Of course, there are a few notable exceptions and more recently some stirrings due to the attacks on education by Mitsotakis’ government.

This question would require a very long answer, it touches really crucial issues about the past and the future of the Greek working class and the Left.

The Greek working class turned to SYRIZA in the course of their great struggles against the Troika. The struggles went in parallel with the rise of SYRIZA. After the defeat on the trade union front, the Greek masses were hoping that the political victory of SYRIZA would change the situation. SYRIZA had the opportunity to do this, by rejecting the three Memoranda singed by ND and PASOK but instead, it signed a fourth Memorandum. Before SYRIZA’s capitulation in July 2015, the masses saw the electoral victory of SYRIZA, in January 2015, as a call to go back into the fight. This was reflected in the tremendous result of the Referendum of July 5th 2015, when, with the banks closed and Greece on the verge of being thrown out of the euro, the Greek people voted by a tremendous 61.5% “No” to demands of the Troika, with all the establishment parties calling for a “Yes” vote, the official trade unions calling for “Yes” and the KKE… abstaining!!

The sell out by SYRIZA threw the movement into demoralization on a massive scale, I think the worst in decades. It has not recovered yet. But in the last couple of years, we are seeing the signs of its revival. It is gradual and in its initial stages, but it is there. We had some victories in the trade union field, due to the militancy of some small trade unions in the new professions and not due to the role of the central trade union movement, we saw important youth mobilisations especially against oppression and police brutality and sizeable women’s mobilisations against femicides and rapes. The pandemic and the war do not help particularly in the development of struggles in the current conjuncture. But rising prices, do. Also, there is a number of local movements taking place, particularly over the issue of environment.

We are not yet at the phase of a generalized counter offensive by the working class, but of a variety of small struggles, indicative of what will take place on a greater scale at a later stage.