European Union – The Hypocrisy and Cynicism of the Rich 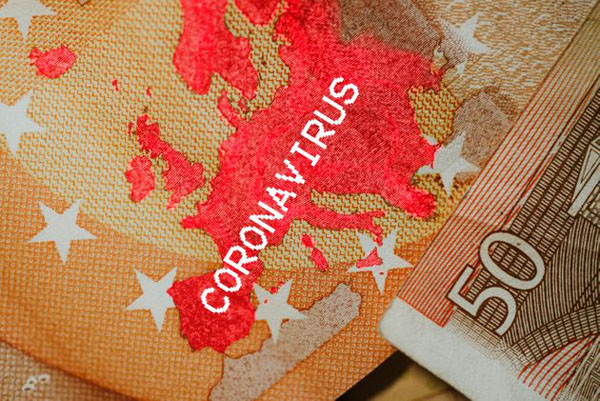 “Shame on you. Shame on Europe. Stop this circus now.”

These words did not come from an angry demonstrator but from the French Minister of Economy and Finance Bruno Le Maire, during the last meeting of the Eurogroup (made up of the Economy and Finance ministers of the Eurozone) which was completed on April 9 after more than 16 hours of disagreement and sharp exchanges.

Le Maire’s words were directed against the “Block of the North” – member states like Austria, Netherlands, Finland, etc, in alliance with Germany (often described by the term “German axis”). These northern, richer states in the Eurogroup had responded negatively to the demand of the countries of the European south for the issuing of a special bond (called “Eurobond” or “Corona-bond”) in order to deal with the Covid-19 crisis in Europe.

Representatives of Italy and Portugal (including the Prime Ministers of both countries) responded with similar expressions of anger and frustration in this recent “debate” between North and South over the past few weeks but also in the Eurogroup meeting itself.

Relations between northern and southern countries in the European Union (EU) have never been more strained. And despite the fact that in the end the Eurogroup meeting reached a “compromise,” the new crisis in the EU is far from ended.

Tens of thousands dead and a catastrophic economic crisis

This conflict between “north” and “south” has erupted because of the way the deepest economic and social crisis in Europe since World War II is being handled. Europe is now at the epicenter of the global economic and social crisis caused by Covid-19 with tens of thousands of dead. At the time of writing (April 13) out of officially 115,000 dead globally, 78,500 are in Europe; and over 52,000 are in only three countries of the European South: Italy, Spain and France.

From an economic point of view, the EU will have a crisis which is estimated to be twice as deep as the 2008-9 crisis – probably in the region of -10% decline in GDP for 2020. Based on these initial estimates, Europe will be the hardest hit part of the “industrially developed world.”

The crisis hits the European south worse than the European north – with the possible exception of Britain. Apart from the tens of thousands of dead, southern Europe has been forced into mass shutdown of productive and economic activities for longer and to a greater extent than northern Europe. This general situation is of course linked to the fact that the national health systems are much weaker and understaffed in the south compared to northern Europe.

“Solidarity?” – Don’t even think about it

Faced with this catastrophe, the countries of the European south naturally are asking for solidarity from the whole of the EU and the Eurozone. So, in the second half of March, nine countries (including France, Italy, Spain, Greece and Portugal) which represent a total of 57% of the GDP of the Eurozone, asked for a common response to the problem. In practice, what they proposed was the issuing of a Eurobond (or “Corona-bond”) to finance the fight against Covid-19. That would mean that the whole of the European Union would issue a common loan and then direct the necessary funding to fight the virus in the countries and regions that need it the most. A common European bond would allow for far more favorable borrowing terms because of the economic power of the EU as such. However, this would also mean that the richest of the member states, Germany and its allies, could be contributing more than the poorer ones, like Italy and Spain, which have been hit harder by the pandemic.

To this demand the “German axis,” and particularly the arrogant Dutch Finance Minister Wopke Hoekstra said “no.” In essence, the richer member states sent a message to the poorer ones that “this problem is yours; and you will carry the cost of handling it.”

The clash over the Eurobond

The final decision of the Eurogroup on April 9 was a package of €540 billion to be issued through various mechanisms of the Eurozone (the ESM, SURE and the European investment Bank): €240 billion would be allocated to the fight against Covid-19; €100 billion to supplement wages of workers and the self-employed, either fully or partly; and €200 billion to subsidize small and medium size companies.

The first problem with this decision is that the package is far too small. High-ranking officials in the European Central Bank and in the European Commission have spoken of the need to release at least €1.5 trillion (1,500 billion) euros. It is very telling that the German government has already declared that it’ll spend up to €500 billion to counteract the consequences of the Covid-19 crisis in Germany itself. In other words, Germany plans to spend for its own needs as much as it allows the whole of the Eurozone to spend, at least at this stage.

An even bigger problem, however, is that the €540 billion package will take the form of loans to the member states. This means that there will be a new surge in the public debt for the countries which have been hit the hardest by the pandemic. And it is these same countries that already have the highest public debt in the EU.

How will these loans for the pandemic of Covid-19 be paid back? Countries with the worse Covid-19 crisis also have the greatest ratio of public debt to GDP and face the deepest economic slump!  Of course, capitalism always has the option to write down the debt of some countries (called a “haircut”).  What however is impossible is to abolish all debts, to allow for a fresh start for all countries hit by high debt. (Already, outside the EU, 80 countries are appealing to the IMF for loans in order to face the Covid-19 crisis, while the global total debt is at an astonishing 320% of global GDP).

That European Union is heading for another debt crisis

In reality, Europe is heading for another crisis of public debt less than 10 years after the previous one, in the beginning of the 2010s.

Apologists of capitalism, internationally, have already turned their attention to Italy and a discussion about “Italexit” (the exit of Italy from the Eurozone) is already taking place. Thus, Bruegel (a Brussels-based think tank) estimates the Italian debt will reach 189% of GDP by the end of this year, whereas Bloomberg describes the Italian debt as a “time bomb.” With its debt surpassing €2 trillion, if Italy ends up in default it will cause a huge banking crisis, not only in Italy but in Europe and globally.

In a certain sense, the German ruling class and its allies are reacting to the crisis in a very short-sighted and narrow-minded way which will end up threatening their own interests: if Italy defaults, it will lead to a major crisis for Germany as well.

Above all, however, the German ruling class and its allies are reacting in an entirely reactionary, hypocritical and cynical manner against the catastrophe facing the working people in Italy, Spain, France and the European south in general – the tragedy of not being able to bury their own dead, while facing a terrible economic crisis, much worse than that of 2008-9, with all the consequences of mass unemployment and poverty.

A “united Europe” is impossible on the basis of capitalism

This is the third major crisis of the EU and the Eurozone in the course of a decade. In the first half of the 2010s we had the crisis around a possible Grexit (Greece’s exit from the Eurozone). In the second part we had Brexit (Britain’s exit from the EU). Now things are again on the edge. Will the Eurozone (and the EU) be able to overcome this new crisis? Will one or more member states leave or, even, will the EU split apart into a “northern” union based around Germany and a “southern” one?

It’s not possible to predict with certainty how this crisis will unfold. It’s possible, not to say probable, that at the last moment the German ruling class and its allies, seeing that they are heading for the cliff, would attempt to make concessions to avert the worse. Already, the idea of a “recovery fund” has been put on the table which has some similarities to a Eurobond.

What is clear however is that since the entry of the global economy into the 2008-9 “Great Recession,” the EU and the Eurozone are going through and will continue to go through a series of crises. Even if the Eurozone is able to maintain its “unity” in the face of the current crisis, this will only pave the way until the next crisis or the one after that.