Common statement from Turkey-Greece-Cyprus: No to war in Ukraine! 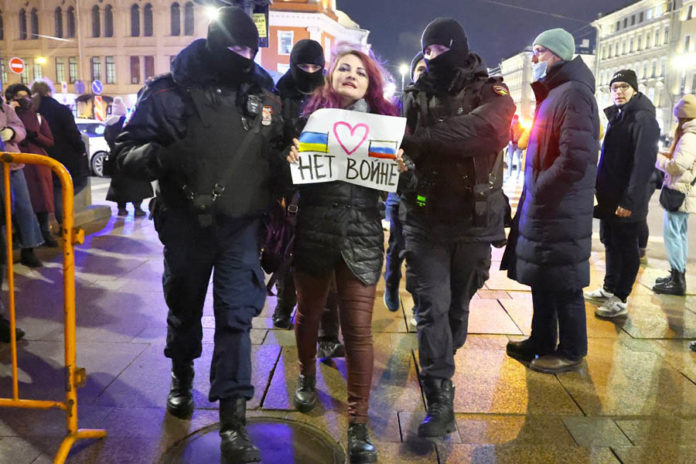 We publish the statement of the common campaign in Greece, Cyprus and Turkey against extractions and war “Kazma Birak- Μας σκάβουν τον λάκκο – Don’t dig” about the war in Ukraine.

Common statement from Turkey-Greece-Cyprus: No to war in Ukraine!

On February 24, 2022, Russia invaded Ukraine in a “special military operation” aiming to occupy the country. This can develop into one of the worst military confrontations in Europe.

As a coalition against extractions and war in Greece, Turkey and Cyprus we are against any military invasion. We unite our voices with the millions of people all over the planet that demand to stop the war now!

We do not accept Putin’s claims that the invasion’s aims are to protect the rights of the Russophone populations of Eastern Ukraine. This is an excuse in order to serve the interests of Russian imperialism and Greater Russian Chauvinism.

At the same time we stand against the US, EU and NATO allies who now want to present themselves as “doves of peace”. They are responsible for military invasions all over the world for decades now, and their plans to expand NATO to the East are in reality part of their strategy to corner Russia in their inter-imperialist competition. We do not forget Yugoslavia, Syria, Iraq, Afghanistan and so many other countries.

We believe the Ukrainian people should be left alone by Putin and NATO to decide their own future.  In this context we support the full democratic and national rights of all ethnic minorities, particularly of the Russian speaking minorities of East Ukraine, up to and including the right to self-determination.

Russian and Ukrainian people have nothing to win from this war! The ruling elites are spilling the blood of ordinary people in order to expand their geopolitical interests. At the same time, the routes of the gas corridors to Europe, and the rich natural resources of Ukraine have played their role in the escalation of tensions since 2014. While the people are being killed, the arms industry, the energy sector cartel, the bankers, continue to make huge profits.

Our initiative in Cyprus, Greece and Turkey knows what all this means. We experienced it in 1974, when the Turkish army invaded Cyprus with the same excuse of “protecting the rights of the Turkish Cypriots”. As was also the case when the Greek Junda organised a coup in order to unite Cyprus to Greece. In the war of 1974, thousands died, hundreds of thousands became refugees, hundreds are still missing. The scars of that war are still open – continuing occupation, a divided island, nationalism and a continuing fear of escalation when the interests of the ruling elites are clashing.

In the last couple of years, the fear of a military episode in Eastern Mediterranean and in the Aegean, triggered by the competition for the control of the natural gas reserves, became a reality again.

For all these reasons we say