Why the far right won in Italy. And whom they represent 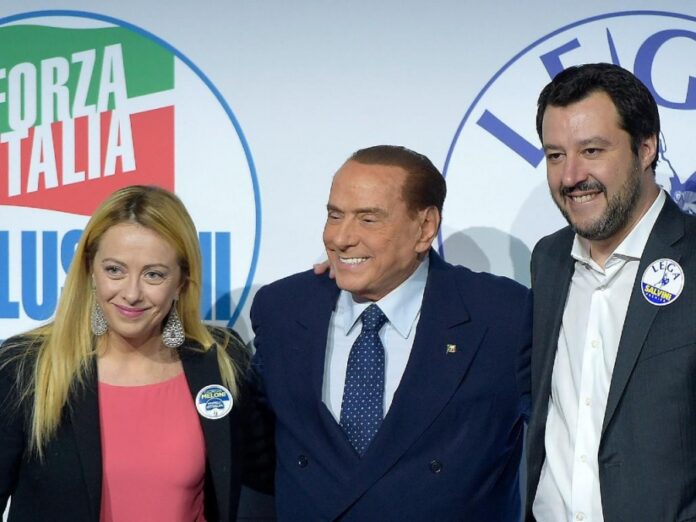 As everyone expected, Italy’s parliamentary elections last Sunday were won by the radical right-wing populist party Fratelli d’Italia (FdI). Led by Giorgia Meloni since its inception a decade ago, FdI is the direct successor to the Italian Social Movement, the main neo-fascist organisation in post-war Italy. Sure, the overtly fascist elements have disappeared from its discourse and image, but as shown in a research article just recently published, Meloni’s party displays all four of the basic characteristics of today’s European radical right: nativism, authoritarianism, populism and Euroscepticism. Less is said, however, about the class character of this party, as evidenced by the economic programme it proposes and the social composition of those who lead it. But until then let’s quickly see why it won the election in the first place.

The fact that now it heads the so-called “centre-right” pole that will govern Italy does not mean that the FdI is a centre-right party, but rather that the centre-right family has become immensely radicalised in recent years – from American Republicans and British conservatives to the Spanish People’s Party and now the Italian right. In this case, it has been a slow and predictable process whereby the “moderate”, liberal-conservative right has co-opted the radical right into government, normalising its discourse and political agenda, with Meloni serving as youth minister in the last Berlusconi government.

Unfortunately, this process of radicalisation of the moderates (more pronounced than the moderation of the radicals) has not been mirrored on the left. With the relatively ephemeral exceptions of British Labour under Corbyn and of the superficial “turn to the left” of the Spanish and Portuguese social democrats, the centre-left has remained faithful to the neoliberal status quo, participating fully in the austerity consensus of the past decade and thus entering a dramatic electoral decline in most European countries. In Southern Europe, that decline initially benefited the ‘radical left’ of the SYRIZA or Podemos type – in fact, not radical at all but a neo-reformist left that limited its programme to defending the social-democratic policies abandoned by social democracy.

That was not the case in Italy, however, where the main party of the radical left, Rifondazione Comunista, had sabotaged its own credibility as an alternative to the system by participating in the Prodi government of the mid-2000s, going from 41 to 0 MPs in just two years. Thus, popular discontent generated by the crisis and disillusionment with traditional parties were initially captured by the 5 Star Movement (M5S) – a purely populist party with a vaguely centre-left socio-economic agenda (with the notable exception of immigration).

Founded in 2009, right at the start of the euro crisis, M5S took over 25% of the vote in the 2013 elections and won the 2018 elections by almost 33%. Its participation in government between 2018 and 2019 alongside the other populist party that grew amid the crisis and austerity, Salvini’s Lega, has not, however, brought any major socio-economic change. Nor has the second M5S-led government between 2019 and 2021, this time in coalition with the centre-left Democratic Party, offered any solutions to the country’s structural problems. The neoliberal consensus continued as before, with the state interventionist parentheses during the first two waves of the pandemic.

Moreover, from 2021 until today, M5S was part of government of “national unity” led by Mario Draghi, i.e. the very man who as head of the European Central Bank had been, the previous decade, one of the main architects of the austerity that had propelled M5S to the top of the electorate’s preferences. This “technocratic” government, which committed itself from the outset to implementing the new neoliberal reforms demanded by Brussels in exchange for the EU’s Next Generation funds, included all parliamentary parties except the FdI. Thus, against the backdrop of a radical left that has been trying in vain for over a decade to find a new organisational formula that would inspire people once more (and which perhaps should have engaged more with the M5S base to try and push sections of it into a more left-wing direction), Meloni’s party seemed to many the only alternative to the status quo, winning the election with 26% of the vote.

Meloni’s vote – which will bring her disproportionately many MPs given Italy’s bizarre electoral system – should, however, be read mainly as a sign of the radicalisation of the right-wing electorate rather than its expansion. As can be seen in the table below, around two-thirds of the additional votes won by the FdI now compared to 2018 came from the other two right-wing parties, Salvini’s Lega and Berlusconi’s Forza Italia. In absolute terms, the right-wing bloc made up of these three parties took only about 300,000 more votes than in 2018.

By contrast, while the Democratic Party stagnated, M5S’s electoral decline translated into the lowest turnout in the country’s history. Absenteeism is, in fact, the clear winner of this election, with the FdI having been voted by only 15.8% of Italians eligible to vote compared to the 36% who didn’t turn out. This election tells the story not so much of Italy’s drift to the far right as of the growing disillusionment of ordinary people with the existing electoral offer and the current political system.

If less than 16% of the Italian electorate sees the FdI as an anti-system alternative, it is because the FdI is not really an anti-system alternative. If we look at the party’s electoral programme, we see that it is just another party that represents the interests of the business class, especially those of domestic capital. Among other things, the programme calls for:

The whole programme is full of concrete policies to strengthen Italian capitalism. We find nothing about taxing the rich or big companies like Fineco, Pirelli or Mediobanca, whose profits rose by up to 160% last year. Meloni’s programme becomes extremely vague when it comes to the rights and needs of ordinary people – mainly tax cuts again, this time for families with more children or young people starting their own businesses (i.e. young people, overwhelmingly from wealthy families). It says nothing about structural policies such as nationalising the energy sector; this, at a time when energy companies have increased gas and electricity prices by over 90% and 100% respectively in the first quarter this year, with a further 59% increase estimated for the final quarter, thus making Italy the country with the highest energy prices in the whole of the European Union.

Beyond the programme, the class character of the FdI is even clearer from the social composition of the party leadership around Meloni, in whose ranks we find a mix of businessmen, lobbyists and senior politicians at the top, people like:

In short, the FdI is another example of what we can call “the anti-elite elite” – the political vehicle through which one faction of the ruling elite fights another one. This internal struggle within the capitalist class is fought along several, partially overlapping, axes: domestic capital vs. transnational capital; industrial capital vs. finance capital; SMEs vs. large corporations; neoliberal nationalists with protectionist overtones vs. neoliberal globalists loyal to free trade. Meloni’s party, like the rest of the radical-populist right that beats its chest about defending the national interest, is actually defending the interests of domestic, industrial as well as small and medium-sized, capital. The latter wants protectionist policies in its competition for profit with finance capital and transnational corporations, politically represented by centrist parties or technocrats like Draghi. In conclusion, much of the party competition we see in the political mainstream today is a reflection of the struggle within the capitalist class rather than against it.

That is precisely why, despite the populist rhetoric, the government led by Meloni will not offer any lasting solution to Italy’s socio-economic problems: public debt surpassing 150%, youth unemployment at 25%, huge regional inequalities, low productivity, structural trade deficits in relation to Germany and France, low profitability ever since the adoption of the euro, and so on. To distract attention from these problems and its inability to address them, the new government will focus on attacking “domestic enemies”: immigrants, the LGBTQ+ community, feminism, trade unions. The populist right clamours against the elites but never takes on the powerful, only the vulnerable.

But these attacks will not go unanswered. The exemplary struggle of the workers at the GKN factory near Florence, which has been going on for over a year under the slogan “Let’s revolt” (the old slogan of the Tuscan anti-fascist partisans) and which has engendered a whole social movement around it, shows the potential for grassroots resistance. The predicted attacks on abortion rights – which the FdI has already launched in one of the regions it controls – will also be met by a mass mobilisation similar to that in Poland a few years back. The task of the extra-parliamentary left – now concentrated under the Unione Popolare umbrella but which has failed to pass the electoral threshold – is to intervene in such struggles and coordinate them at national level, while offering a comprehensive and courageous political programme. As more and more people become disillusioned with the false solutions offered by the parties of capital, the next few years in Italy might see the political and organisational resurgence of the anti-capitalist left.