Whose interests do the patents on vaccines serve? 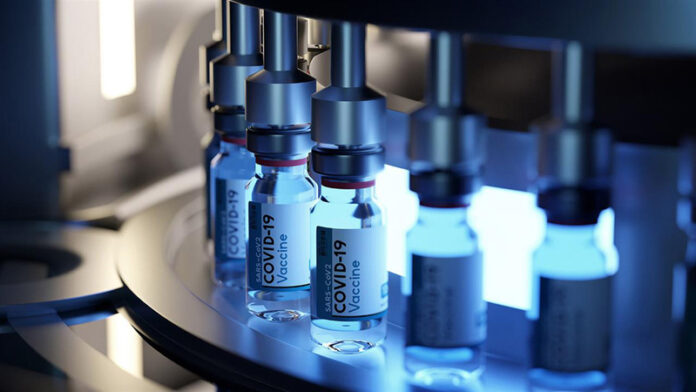 When in 1955 a journalist asked microbiologist Jonas Salk, who had invented the polio vaccine, “Who owns the patent on the vaccine?” he replied:

“Well, the people, I would say. There is no patent. Could you patent the sun?”

The polio vaccine was just one indication of the limitless possibilities that scientific knowledge offers for the benefit of mankind, as it eliminated the paralytic disease throughout the world and wiped out an epidemic that had a huge cost in human lives.

Biden’s position on May 4, when he supported the request by India and South Africa to temporarily lift the patents on the Covid-19 vaccines so that they could be produced in massive numbers, opened up a discussion worldwide.

This statement was met at first with some bewilderment, by the pharmaceutical companies but they eventually came out with a clear negative response.

Contrary to the proposal made by Biden, there was a clear denial from the EU leadership, especially Macron and Merkel, who was quite categorical:

“Intellectual property protection is the source of innovation and must remain so”.

The basic argument of the apologists of the patents is this: If patents are removed, companies will have no incentive to do research and fund new vaccines, since their profits will shrink. The poorer countries will pay the price (we are told) because if there is no profit production will fall.

This is a completely hypocritical position.

With the outbreak of the pandemic, all the narratives of the ruling class about “solidarity of peoples” and “common effort” was thrown out the window.

The EU itself, which is supposed to have a common vision and bonds of solidarity among its states, showed the way from the beginning of the health crisis by sending the message “everyone for himself”. Memories are still fresh of the governments of Germany and the Czech Republic, which blocked health equipment from their airports (masks and gloves) coming from China and destined for other countries –in particular Italy, which was hit hard by the first wave– in order to meet their own needs. From the beginning of 2021, the supposed proportional distribution between EU countries was abandoned.

At the same time, the poorest countries on the planet were left alone at the mercy of the pandemic. Just look at India today, which is now reaching 400,000 reported cases a day, with its hospitals unable to cope, not even having sufficient oxygen for their needs.

The WHO (World Health Organization) itself has gone so far as to demand an end to vaccine nationalism, warning as early as August last year that “Supply nationalism exacerbated the pandemic and contributed to the total failure of the global supply chain”.

Who pays for the vaccines?

The whole argument in defense of patents is based on a lie. That the pharmaceutical companies need the patents to guarantee their profits otherwise they would have no incentive to invest in the production of vaccines and medicine. This was, reportedly,  best expressed by British Prime Minister Boris Johnson in a private conversation, but it is what the apologists for the system around the world agree on.

“The rapid development of vaccines was thanks to capitalism, thanks to greed,” Johnson reportedly said.

But the truth is that the development of vaccines against Covid-19 was based, on the one hand, on the huge state subsidies for research given to big pharma and, on the other, on a guaranteed market, with billions of vaccine orders from the governments of the world.

Huge profits of tens of billions of dollars/euros for the pharmaceutical companies were thus absolutely guaranteed. Profits without any risk, with research and the production of vaccines being financed by society itself through taxation.

The BBC has since December published a table proving just that: that all known vaccines to date have been based on state funding.

It is very difficult to accurately identify pharmaceutical funding since all contracts are covered in a veil of mystery and confidentiality agreements. But the BBC table shows in a revealing way the huge contribution of public spending to the research and production process of vaccines.

On what basis, then, can the huge profits of the drug multinationals be justified if the expenditure on this is made by taxing working class people?

Apart from the BBC report, there is some additional evidence from other sources. More concretely:

In addition to this direct funding, the research for the coronavirus vaccine, as for any other vaccine or drug, has based on research work that has been done for years in universities around the world.

In short, it is neither “healthy entrepreneurship” nor “private initiative innovation” that motivates companies to discover vaccines. Rather, it is the university research work that has been going on for decades and government funding that ensures positive results.

The companies then patent them and sell them on their own terms and essentially unregulated.

Another veil of mystery covers the terms of sale and distribution. AstraZeneca is supposed to have made a public commitment to “not make profit” until the end of the pandemic. But when will the pandemic end?

The murkiness surrounding the pharmaceutical deals was also investigated by the New York Times. Despite the secrecy of the contracts, the Times’ investigation also concluded that there is, essentially, unlimited funding from the state. The pharmaceutical companies are then mainly interested in patenting the vaccines and securing better prices.

One of the most important terms of the contracts, the price per dose, is generally concealed as the companies consider it a trade secret. The result is that the same AstraZeneca vaccine is sold at 2.47€ per dose in the EU, while in South Africa it is sold at more than double that price. In the US, Pfizer’s vaccine costs 22€, while in Europe it costs 16.5€.

Even delivery times are entirely at the discretion of the companies. The most striking example is that of AstraZeneca, which as early as March had already stated that it would not be able to deliver the agreed quantities to the EU. This led to threats by the EU to make the contract public and to refuse to place new orders.

The debate on removing patents is now open as a result of Biden’s proposal. This proposal by Biden was not, to be sure, the result of his great anxiety about the lives of the poor, those who do not have access to vaccines, in the poorer sectors of the globe.

In essence, Biden’s proposal reflects that section of the establishment that sees reality as it is and as the scientific community has described it: i.e., that it makes no sense for one part of the world to be vaccinated while the rest of the world is ravaged by Covid. This is because the virus is mutating, and growing stronger. As a result, it is impossible in a globalised system for it not to be transmitted and start spreading again.

Apart from this, of course, significant parts of the ruling class that own important industries (air transport, tourism industry) have lost ground in the intra-capitalist competition and are pushing for more “radical solutions”.

In any case, Biden made sure that his statement was as vague as necessary. He did not clarify whether he would indeed proceed with patent breaking and how. In other words, his statement creates an impression but is not followed by concrete measures.

Now however the patent issue open to public debate. And this is increasingly revealing the huge scandals surrounding big pharma. The longer the pandemic crisis lasts, the more urgent becomes the question of taking these companies out of the hands of private capital and health speculators (who should be expropriated without compensation) and into the hands of society – under conditions of workers’ and society’s control and management. Only in this way will patents be broken and scientific research be exchanged and unified, so that health, safety standards and human needs for the mass of the population of the planet will be served instead of the profits for the super rich.