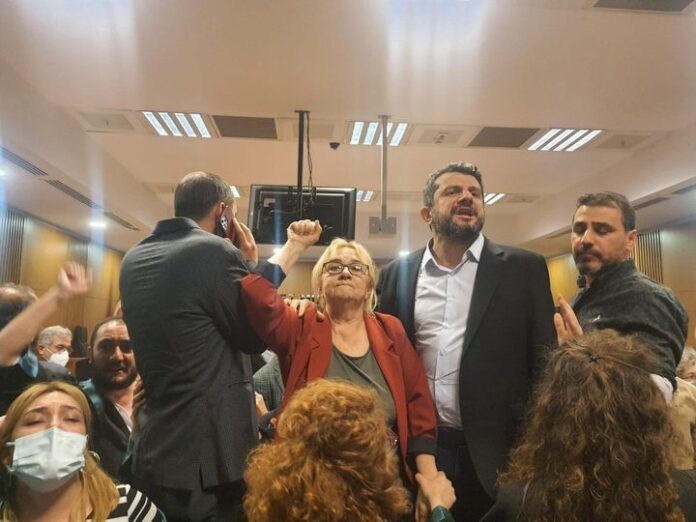 In 2013, the masses of Turkey mobilized against the demolition of Gezi Park in Taksim square in Istanbul and the construction of barracks in its place. This movement, which would later be known as the “Gezi Uprising”, was the first spark that led to actions of millions of people all over Turkey against the government for about a month.

Yesterday (April 25, 2022), the court sentenced Osman Kavala -a businessman who is accused of financing the Gezi Uprising and playing a role in the 2016 coup attempt- to life imprisonment. The panel of three judges also sentenced seven other less prominent accused, to 18 years in jail each, on charges of aiding the attempt to topple the government.

It should be emphasized that the people arrested and sentenced cannot be grouped in one “category”. Some of them did not even know each other until the hearings began. Among them there are architects, lawyers who filed lawsuits against the zoning plan change in Gezi Park, and NGO workers. Osman Kavala’s name was not heard even once in the context of Gezi Park and was probably not seen by anyone in the demonstrations at the time.

At the same time, all of them had previously been tried and acquitted of “crimes” such as spying and “inciting the public against the government”. The fact that they were tried again and this time punished in the most severe way is also a clear proof of the farce that Erdogan’s judiciary system represents.

By the way, according to information that arose in the media yesterday, one of the judges was formerly an AKP candidate in parliamentary elections. The defendants’ application to exclude the aforementioned judge for obvious reasons was not rejected on the grounds of being a “delay tactic”.

The Gezi Uprising was a breaking point for the AKP government. It played a role for all people to see and realize what they could do when they believe in their own strength. Turkey is going through a deep economic crisis and we have an election ahead of us. The AKP government, with its judges and police, tries to send a message: “Don’t you dare again!”. In fact, it seems that the oppressive atmosphere that has been imposed since the 2016 coup, will deepen even more, and the AKP’s main motivation will be to control the Left and try to take revenge.

We are adding our names to the list of the people sentenced below. Because we were also there, because #WE ARE GEZI!