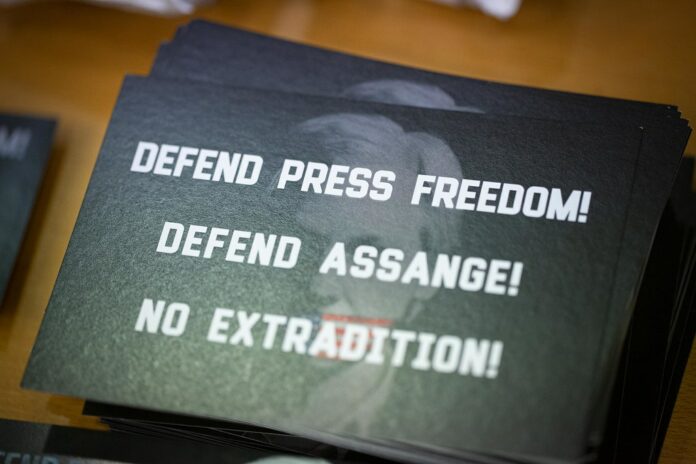 The UK government decided to extradite Julian Assange, the Australian journalist, activist and founder of Wikileaks to the United States of America. Assange is facing charges that can lead to and 175-year incarceration, if he is found guilty. The extradition order was signed by the UK Minister of the Interior Priti Pattel on June 17, two months after the Westminster County Court approved the extradition of Julian Assange to the USA last April. Julian Assange has the right to appeal against this decision within fourteen days, challenging the decisions of the Courts and the UK Government. His lawyers and his partner have already started the relevant process.

What are the accusations against Julian Assange

Julian Assange is wanted by the US government because, among other things, in 2010 he published, through Wikileaks, a number of top-secret diplomatic documents that referred to:

In 2016 he presented evidence that the Democrats’ Primaries for the US Presidential Campaign where rigged so that Hilary Clinton could win against Bernie Sanders.

Among the revelations made by Julian Assange were the drafts of TTP, TTIP, CETA and NAFTA trade agreements, which had the goal of eliminating existing law regulations in national level. Those regulations included environmental protection, workers’ rights, food security, the banning of the use of toxic substances, the protection of privacy etc. For this reason, the talks concerning these agreements where held behind closed doors, so that reaction and mobilisation by the people could be avoided.

“Freedom of press”, but only as long as the scandals of the rich and powerful are “swept under the carpet”

Julian Assange has been under attack by the US and international establishment because he shone light on the hidden plans and activities of this planet’s elite. The fact that Julian Assange had won many journalistic awards and was a beacon of integrity, further uncovers the hypocrisy of bourgeois governments.

In 2008, he was given the Index on Censorship award by the Economist.  In 2009, he won the Amnesty International’s Press Award. In 2010, he was awarded the Sam Adams award by “Sam Adams Associates for Integrity in Intelligence”, a group of retired CIA officers. The same year, Le Monde called him the Man of the Year, and he was one of Time’s candidates for “Face of the Year”.

The awards and the international acknowledgements stopped after he started revealing scandals, tricks and backroom deals behind the backs of the people.

As if that was not enough, a smear campaign against him ensued on false accusations, followed by plans to use the CIA in order to kidnap and execute him during his seven year stay in the embassy of Ecuador in London.

Attacks on journalists that expose all that is being done and agreed upon behind closed doors by the powers that be, become greater by the day. Solidarity is needed so that the few remaining journalists that seek the truth and nothing but the truth can manage to keep doing their job.

Beyond the Assange solidarity movement that is active in a number of countries, loads of leading figures from the Left have stated that they stand in solidarity with Assange, pointing out the need for mass solidarity campaigns. DiEM 25 leader Yanis Varoufakis stated that there is a huge democratic deficit in the Western world, and said, among other things, that:

“The message is this: Kill however you like, throw as many bombs as you like, the issue at hand is not being caught red handed and not letting anyone uncover what you are doing, and if anyone dares to do it, throw him in a black box for 175 years”

Jean-Luc Melachon stated that if he was elected as a Prime Minister of the country, he would offer Assange French citizenship, so that he could be moved to France in order to avoid being extradited to the US.

Wikileaks announced that June 17 was “a dark day for freedom of press”, echoing the indignation of those who are resisting the misinformation barrage by mainstream media.

In capitalism, civil liberties and democratic rights are in place only as long the foundations on which market economy is based and the rottenness of this system are not exposed. The system that is at the beck and call of those who have money and power, and allows them to break laws, repress and incarcerate all those who uncover their wrongdoings, has its go on Assange.

Today, Julian Assange is one of the faces of resistance to this rotten system. His life is under threat because he uncovered the atrocities and the hypocrisy of all those who now present themselves as people of peace, defenders of democracy and freedom. We have the obligation to support him in any way we can.