The energy crisis and the renewed interest in fracking 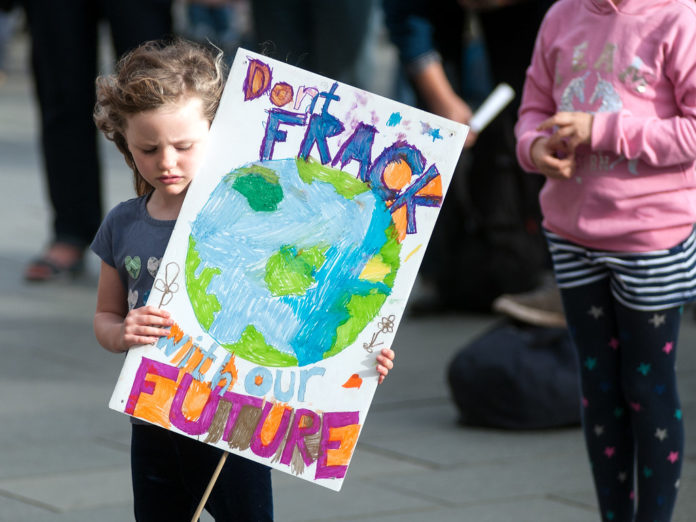 The war in Ukraine has marked an opening up of a new phase in world relations. One of the aspects of the new situation are the changes in how the environment is discussed in the ruling elite circles.

The need of the Western imperialist powers to wean themselves off Russian oil and gas as soon as possible has given new impetus to discussions – and as a consequence actions – to promote: a) nuclear energy, b) the comeback of coal/lignite burning and c) the search for hydrocarbons in areas of the planet that until recently had been spared from the onslaught of the energy companies.

They have also increased the appetite of oil and gas companies in the US to top up their production (since they want to become major suppliers to the European Union market). At the same time, it has opened up the debate in Europe itself on the possibility of relaxing restrictions on the use of fracking to explore domestic deposits.

Fracking is a method of extraction with very serious environmental consequences, which it is banned in many European countries, including France, Denmark, Bulgaria, the Netherlands, Germany and the UK.

The British government which banned fracking until it is proven to be safe, now openly says that all options are on the table, in the name of “energy security” and “energy independence”. Recently, the oil company Ineos has “offered” to go ahead with test drilling wells in the country to prove the supposedly safe nature of fracking.

So, despite the great risks, fracking is gaining momentum in Europe under the new conditions of the war and the energy crisis. In the US fracking has been “booming” for at least twenty years. Over the past decade it is estimated that $340 billion has been spent in the US to expand the fracking method.

The US is exporting large quantities of oil and LNG (Liquefied Natural Gas, transported around the world in huge tankers) and the EU’s attempt to wean itself off Russian hydrocarbons is a great gift for US companies. Last March, 65% of US LNG production went to Europe, while in the same month exports increased overall by 16%.

Hydraulic fracturing (in short “fracking”) is a method of extracting natural gas and oil that allows the exploitation of deposits that are in great depth and are not big, but rather small quantities “trapped” between rocks – namely shale. In practice, fracking is gaining ground as a method because it has given mining companies access to hydrocarbon deposits that they could not otherwise exploit.

The process involves creating a vertical well, stretching for several kilometers, and then expanding it horizontally. Large quantities of water are pumped under pressure underground, along with a mixture of chemicals and sand, to create fractures and keep them open so that the oil or gas trapped in the rocks can be pumped to the surface.

In the case of fracking, unlike traditional extraction from solid reservoirs, production drops relatively soon after the well is initially opened and so new wells are constantly required.

The use of oil and gas in energy production is largely responsible for greenhouse gas emissions that threaten the planet’s climate. These gases are primarily emitted during combustion, but emissions start much earlier, from the extraction and transportation processes. According to the University of Colorado, the natural gas industry in the US leaks 13 million metric tons of methane per year, which means the methane leak rate is 2.3 percent.

Greenhouse gas leaks continue even when productions stops in a well, since the vast majority of inactive wells are not sealed, but are left to their fate and continue to release pollutants into the atmosphere. These pollutants, especially methane (which natural gas is largely composed of), are particularly damaging in terms of climate change. In fact, methane is up to 35 times more harmful than carbon dioxide.

But while any kind of extraction threatens the climate, fracking threatens the local environment in the areas where the extraction takes place to an even greater extend. The first key problem is that huge amounts of water are wasted. It is estimated that on average drilling a well requires eight million litres of water, the same amount of water used in one day by a city of 65,000 people. To put that in perspective, in 2015 there were 1.7 million wells in the US alone and the number has been growing.

Moreover, the water used in fracking is enriched with a mixture of various chemicals, some of which are particularly dangerous for the environment and public health, such as benzene (to name just one example) whose presence in drinking water can lead to blood diseases, including leukemia.

Disposing of huge amounts of contaminated water is a major problem. The solution that the fracking industry has come up with is to bury it at even greater depths, from where it supposedly cannot leak and does not represent a threat. In reality, at all stages of this process there is a serious risk of leakage and pollution not only of the soil but also of underground reserves of drinking water.

In many fracking sites the waste is simply dumped into a nearby river, or whatever is convenient to cut back on cost… In 2013, a study was published on waste from fracking facilities in Pennsylvania. For two years, samples were collected from Blacklick Creek (where the mixture used in the extraction process ends up). Analysis of the samples showed that radioactive elements (strontium, radium, etc.) were even present in the waste. A comparison of the river samples before and after fracking started is revealing: they found up to 200 times higher concentrations of these elements in the part of the river receiving the waste.

In addition to serious pollution risks, fracking is responsible for soil destabilisation and an increase in earthquakes in the areas where it is practiced. According to a recent report by Bloomberg the boom in mining activity has turned Texas into the “seismic capital” of the US in recent years. States such as California and Alaska, which until recently led the nation in the frequency of earthquakes above 3 magnitude, are now trailing behind Texas, which has been recording dozens of such earthquakes on an annual basis.

Across the world, from the US and Latin America, to Europe where plans have yet to go ahead, the prospect of new mining (particularly fracking) is causing a backlash from local communities. Turning these reactions into mass local movements with international coordination is essential if we are to reverse these destructive plans.

Another danger is expanding

In previous years, before the energy crisis, and especially before it was exacerbated by Russia’s invasion of Ukraine, the major world powers tried to convince the world that they were taking steps to protect the environment, setting targets to reduce emissions of pollutants and tackle climate change. Today, even these utterly inadequate announcements have been abandoned. Fracking is just one aspect of the coming disaster.

The big energy multinationals are turning decisively to coal again, while they are in search of new oil and gas deposits all over the planet. In doing so, they are threatening its fragile climate (as well as, of course, ecosystems of immense environmental importance). At the same time, other kinds of risks – such as that of nuclear energy with a green fig leaf – are gaining ground. The fight to save the environment and our lives is of crucial importance. We must build a massive, combative and international movement in order to stop this catastrophic descent.