Shortages and expensive prices. Medicines and vaccines: the market makes us sick! 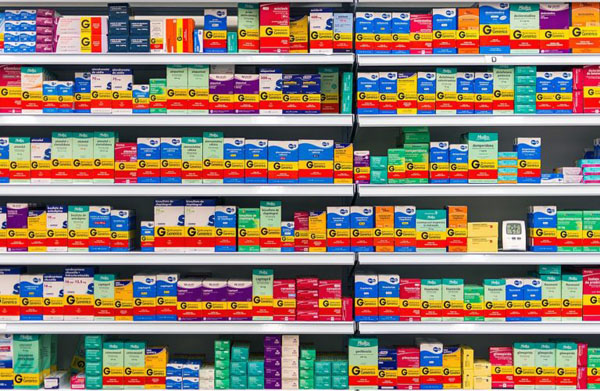 This article by a trade union shop-steward in a major pharmaceutical company was first published in Lutte Socialiste/De Linkse Socialist, monthly paper of PSL/LSP – the CWI in Belgium.

In recent weeks, a number of scandals connected to the pharmaceutical sector have broken out. Firstly, over the very high treatment costs for a sick baby, in response to which the public raised over a million euros. And then pharmacists sounded the alarm about a shortage of medicines and even talked about a deficit reminiscent of wartime! Against the background of a general lack of resources for health care and of struggles in this sector, the high cost of machines and other treatments is also being questioned. Drug reimbursement cost the community 4.5 billion euros in 2018. All this, taken together with the recent revelations that addictive painkillers have caused hundreds of thousands of deaths in the US over the past 20 years, show that profit-driven production in the pharmaceutical sector has fatal consequences.

The shortage of medicines in Belgium

The problem of drug shortages is a global phenomenon. At its meeting in January 2018, the World Health Organisation (WHO) drew up a roadmap for tackling the problem, although so far things have not improved.

In Belgium, in November alone, there were 602 notified cases of medicines being unavailable. Although the list is constantly changing, the Federal Agency for Medicines and Health Products (FAMHP) estimates that on average 5% of all medicines packaged in Belgium are in short supply.

The consequences can be dramatic for patients waiting for treatment. The recent example of the shortage of the antibiotic Clamoxil led healthcare professionals to issue a press release denouncing the deficit.

According to the FAMHP, the main reasons why medicines can be unavailable are firstly, genuine shortages due to production incidents or transport problems; secondly, marketing decisions meaning the product is no longer distributed in Belgium or has stopped selling the product altogether and thirdly, distribution problems so that the product does not reach all the pharmacies or because the companies do not respect the quotas agreed with the government.

These are the reasons identified by the government itself. In order to address them, we need to question the entire organisation of the production system.

Production is social, while profits are not

When a private company produces medicines, it does so not primarily for the use that the community will make of them, i.e. to treat patients. It does so in order to generate profits. Under capitalism, health products are a commodity like any other product and because of this, the entire healthcare sector also has to obey the profit logic. Healthcare becomes no more than a source of profits.

As a result, all production is fine-tuned to improve profits. In order to maximize them, production is done as cheaply as possible and products are sold as expensively as possible. This leads to the relocation of production or, among other things, to the ‘unbundling of the production chain’ in order to reduce costs at each stage. For example, research is transferred to countries where there are tax deductions for patents such as Belgium, clinical trials are conducted where regulations are more relaxed – for example in emerging countries, while other countries specialise in the extraction of raw materials. Production is often transferred to third countries to set the workers against each other in terms of wages and working conditions. All of this is done with the aim of maximising profits.

Further, during the production process itself, the most up-to-date organisational techniques are used to reduce storage and related costs. When governments want to maintain a strategic supply, the public has to pay a higher price. Clearly the unavailability of medicines due to problems in the production process can be attributed to the pursuit of profit.

Shortages due to marketing policies follow the same logic – managers are not driven by health needs but by shareholder interests, and of course the most important shareholder is the stakeholder and his profit.

Distribution problems can usually be attributed to decisions to maintain artificially low supplies with the aim of increasing prices. When there are shortages, prices rise or people are forced to buy the more expensive variants. This reduces access to health care for those who cannot afford more expensive medicines.

Market solutions and their contradictions

Those who seek solutions to meet the needs of patients within the current system soon find they clash with the private ownership of the means of production.

Within the EU, for most medicines, there is a partial reimbursement of the costs to patients via the social security system. This means that the price of medicines is usually negotiated between the manufacturer and the government. The discussion about this takes place behind closed doors. The negotiating position of the different governments depends on the size of their potential markets. To address this, some suggest developing a system for negotiating a single price throughout Europe. However, the socio-economic differences and, consequently, the bargaining power of governments and people, are very different throughout Europe. In addition, this approach needs a unified approach to social security reimbursements, or at least a coordinated financing of social security at European level. This is not on the agenda.

Another approach to dealing with these problems is to protect the European pharmaceutical industry in order to have an independent supply of health products. This idea of ‘social protectionism’ sounds appealing, but today we are seeing in the world economy how the trend towards deglobalisation is leading to a slowdown. As in other sectors, the pharmaceutical multi-nationals rely on the US and Asian (Chinese and Japanese) markets too. Any risk that will lead to these markets being shut-off during a trade war threatens not only the pharmaceutical sector but the entire European and global economy.

With a lack of answers at European level, some are seeking national solutions to reduce the bill for the patient and the community – for example the ‘Kiwi model’, in which the government calls for tenders to obtain the cheapest medicine. The Belgian ‘Planbureau’ has calculated this could yield savings of 500 million euros on health insurance. This money would be particularly welcome in the healthcare sector. But the risk of shortages will increase as if a company has a problem in production, there is often no substitute product.  Moreover, pharmaceutical wholesalers and distributors sell their stocks where the prices are highest, which leaves other countries with supply problems and shortages. This model also fails to address the supply of medicines for which demand is very low – that is for the so-called ‘orphan diseases’, which are relatively rare and therefore do not attract private investment for the development of treatments.

The American scandal of the deadly painkillers showed that for the capitalists, their greed for profit is more important than meeting human needs. The U.S. government waged a war on illegal drugs and cartels, arguing that this was in the interests of public health while ignoring the fact that the country is experiencing a terrible health care crisis at home. The role of private health insurance companies limits access to affordable care. The commercialisation of medicines has harmful consequences as demonstrated by the painkiller scandal. Over 20 years, more than 300,000 people have died as a result of opioid addiction caused by the use of painkillers, in particular Oxycontin. This drug has been sold by Purdue since 1996 and is still available. It was launched with an enormous publicity campaign and benefits for doctors who prescribed it. It is clear: for capitalists, only profits count.

The overall quality and effectiveness of the products on the market is also worrying. To increase the profitability of research and development, companies want to reduce the time it takes for a product to reach the market. New medicines have to go through a prolonged  process of testing to ensure they are safe and effective. Deregulation in the EU and US has introduced an abridged procedure for introducing a new product onto the market: the so-called ‘fast-track’. Although intended for use in the case of orphan diseases or when no treatment is available yet, increasingly companies want to extend the procedure to treatments that do not meet the current criteria, in order to reduce the costs of research and development. The desire to bring products to the market more quickly puts pressure on research teams, at the expense of product effectiveness and safety.

A scandal, this time in Belgium, was revealed by the media in October. Drug giants Roche and Novartis mutually agreed to keep the price of a medicine for muscular diseases artificially high and thus steal several million euros from the public. Health Minister De Block tried to play down the significance of this, but MPs from the left PTB/PVDA rightly protested in parliament. Member of Parliament Sofie Merckx said: “We urgently need to conduct a debate about the power that big pharma exercises in our society today. ‘Your money or your life’ sounds like a sentence from a gangster film, but it is increasingly becoming reality. This has to stop. For us, it is clear: research and development of medicines must be kept in public hands, so that patients and not the profits of pharmaceutical shareholders come first.” We agree: the pharmaceutical sector must be in public hands!

Production according to social needs? Nationalise the pharmaceutical sector!

The pharmaceutical industry is a very profitable sector. The “Pharma Papers” published by ‘Basta’ https://www.bastamag.net/webdocs/pharmapapers revealed the mountains of money involved. Between 1999 and 2017, 11 of the largest pharmaceutical companies have made €1019 billion in profits! Of all this wealth created by our labour, no less than 925 billion euros were transferred to the shareholders. That is 90.8%! Far from all of this money has been reinvested in research and development of innovative treatments that are effective and accessible to all.

If the pharmaceutical industry was nationalized under the control and management of workers and patients, the cost of medicines could be reduced and investments can be made in research and development and in an integrated industrial infrastructure with good working conditions to meet social needs.

We agree with Sofie Merckx: we must have a fundamental debate on the power of the pharmaceutical industry over our society. Rather than just taking account of the opinions and interests of the managers and shareholders of this sector, we believe that we should hold this debate with the militants who work in this sector, but also with staff from the healthcare sector, health insurance, the sick, in short, with all those involved. By organising ourselves and by fighting, we can take this sector out of the clutches of the super-rich and start to discuss how we can best meet social needs.