Protecting the Grove: The Experience of the Validebag Defense in Turkey 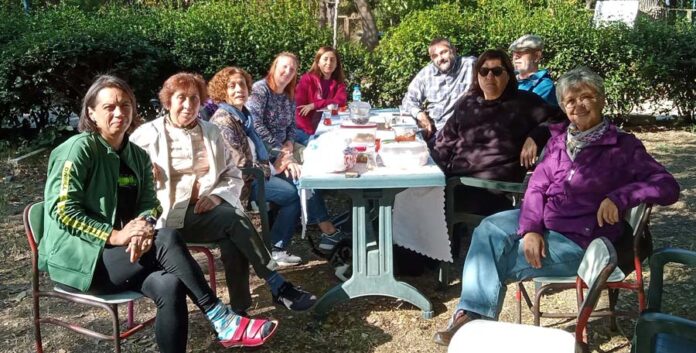 While in Istanbul for a series of Climate Justice Coalition and Kazma Birak meetings, we also visited the Validebağ Defense, who have been fighting for the protection of a grove in the center of the city since 1998. Our visit took place on the 500th day of the struggle against the proposed transformation of the grove into a National Garden.

Located in the Üsküdar Altunizade region, the Validebağ Grove covers an area of 354,000 m2 and is the second largest green area on the Anatolian side of Istanbul. Inside the grove there are also important historical monuments such as the Adile Sultan Pavilion, the Abdülaziz Hunting Lodge and the Çamlı Köşk. The grove is home to a wide variety of trees, plants, insects and bird species, including veteran trees.

Özlem, one of the women in the team that took us around the grove, pointed out that the history of the grove has great parallels with the history of 20th century capitalism in Turkey. Granted to the Ministry of National Education in 1927, the grove was turned into a center for the recovery of tuberculosis patients, an institution that produced its own food and became self-sufficient by selling the surplus to the neighborhood.

Throughout the 1950s to 1970s, poor children in the neighborhood were educated in summer schools and provided with good nutrition inside the grove. In 1980, the hospital was closed and abandoned to its fate. Later, state interventions began an attempt to turn the neighborhood into an open shopping mall and to build residences for the rich. As part of this plan, the state and the developers began attempts to destroy the Validebağ Grove and turn it into a construction site.

The people of the region waged an active struggle against these plans and as a result the Validebağ Grove was declared a Grade I natural protected area in 1999 by the Istanbul Cultural and Natural Heritage Conservation Board.

Despite this, ways have been sought to overturn the decision. Plans to construct a mosque and a National Garden were part of an attempt to pacify or at least confuse the struggle of the nearby residents.

The local community realized that the protection of the grove would require constant activity and structures were formed accordingly.

We visited the Validebağ Defense, a civil initiative of habitat defenders and neighborhood solidarity group.The initiative emerged in October-November 2014 and took shape during the struggle against the illegal construction (initiated by the Üsküdar Municipality) on the green area adjacent to the Acıbadem border of the Validebağ Grove. This struggle was led by the residents of the Koşuyolu-Acıbadem neighborhood.

The Validebağ Defense is “not limited to the Grove or the neighborhood, but aims to stand against all kinds of policies and practices (local or centralized) that target the environment, nature and living spaces all over the country, that sacrifice them to rent, plunder and looting, against violations of rights, to stand with all the formations that struggle against these policies, and to multiply these communities of struggle”.

Yüksel, an activist of the Validebağ Defense, stated that they are criticized by some on the Left that their struggle is classless. He quotes his response to them as follows: “There is no capital here because we are fighting for this grove. And exactly because we are fighting for this grove, the working class can walk their children here freely”. There could not be a better statement to explain why the ecological struggle is intertwined with the class struggle.