On the harassment incident in Athens: silence has been broken; women are speaking out! 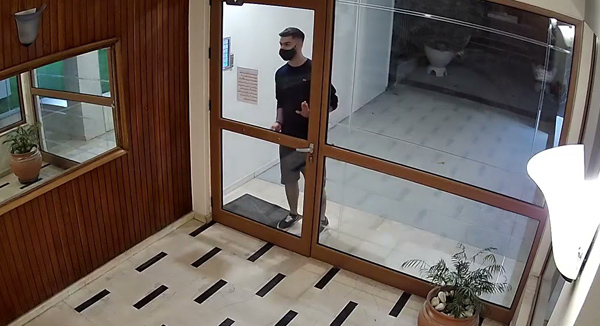 Just a few hours after a young woman complained that a young man followed her to her house and tried to enter the entrance of the apartment building, having in this whole incident his mole outside his pants, four other women have identified him and denounced him for similar incidents. It is not at all unlikely that the complaints will increase in the coming hours and days, since as is often the case, when a woman speaks out about what happened to her, her courage is passed onto many more women –and in some cases men– victims of similar incidents.

We also see this on social media and in personal conversations, where many women find the courage to talk about their own incidents of harassment, intimidation and violence including rape.

Is education or appearance to blame for gender-based violence?

But at the same time, once again, we have seen and heard the perpetrator being described by commentators in the mass media as a “nice and good looking” kid, expressing at the same time surprise about the whole incident, which underneath ultimately hides a questioning of whether he is capable of having done what he is accused of. And this, despite the fact that there is a video to prove it! And while other young women who have experienced similar harassment have also identified him! And at the same time as there are fingerprints on the front door that identify him!

Again, there were people who were tempted to question even what they saw with their own eyes! Proving thus, that rape culture, the way capitalism educates us to question the victim and find excuses for the perpetrator, is so deeply ingrained in the consciousness of significant sections of society that it comes out to the surface even in the most obvious cases.

Similarly, the father of the accused, in an attempt to defend his son, described him as a “perfect”, “very good and sensitive” child who “is a student and works” and therefore, with these characteristics, could not have committed the acts of which he is accused. In civil courts, similar arguments are very often heard from the advocates of defendants accused of crimes such as sexual harassment, gender violence and rape. Ultimately creating the perception that those with abusive behavior or rapists can only be “outcasts” of society, low-educated, people who are “bad kids” or “ugly characters” that can be spotted from afar.

But this picture is miles away from reality! Gender-based violence and sexual harassment do not stem from lack of education or university degrees, unemployment or the need for sex. They come from sexism and patriarchy, from the perception that women are inferior. And they are expressions of the attempt to impose power, of trying to subjugate, insult, intimidate or humiliate the victim.

The role of the police

In the latest incident in Nea Smyrni, a neighborhood in Athens, the young woman acted immediately. She filed a complaint to the police and at the same time made the incident public on social media. And as already mentioned, this act takes a lot of courage. The courage of this young woman had immediate results, causing a wave of support.

However, the young woman was not the first one in Nea Smyrni to report this man. Another young woman, had approached the police twice last November, even giving them a detailed description and the plate number of the car he was driving, but her case did not go any further, as the police never investigated the complaint.

So, it took over 5 months for the man who had been harassing women since at least last March (according to the complaints so far) to be arrested! This is the way the police generally deal with similar complaints. They underestimate them, are indifferent and rarely –as in the last incident– are forced to respond.

Be free, not brave

The incident in Nea Smyrni will go down in history as one of the few incidents that had a “positive” outcome, a small victory in the endless daily stories of harassment and abuse. We saw a victim speak out and report, other victims break their silence and the abuser is arrested. And that in itself is a significant development, even though we cannot have any confidence about how the justice system will in the end handle it.

Just a few hours apart earlier, another complaint was made public, of a woman that a taxi driver attempted to rape her. When she contacted the police, the officer told her that “you have to be smart in such cases and get the taxi plates, you can’t come here and file a complaint just by description.”

The stories that never get reported, the women – and men – who remain silent and don’t speak out about their abuse are far more than the ones that come out.

The courage of those who choose to speak out, despite sexist attitudes, despite the way they are treated by the authorities and the justice system, is very important. And it is very important is to take that courage and bravery and turn it into a fight against sexism, sexist violence and the system that sustains and breeds it. And to do that, we need collective action and organization. To build a society where no woman will have to feel brave to walk the streets, or courageous to speak out, but every human being, irrespective of gender or age, will feel free to walk in a world without restrictions, inequality and discrimination.