Northern Cyprus: snap parliamentary elections and the need for a new left formation 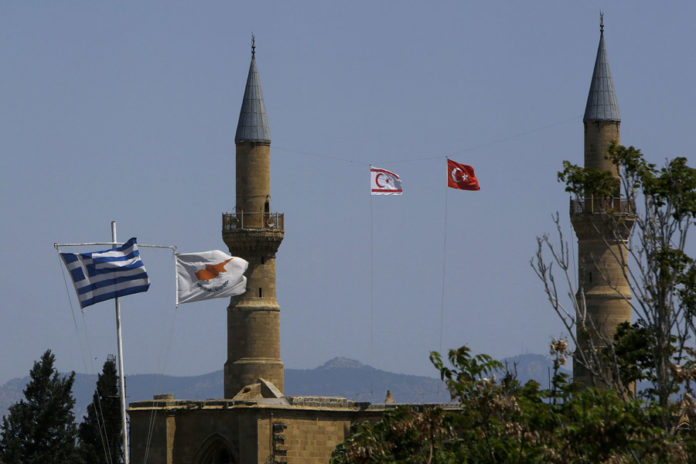 On the 23rd of January, parliamentary elections will be held a year ahead of the current parliament’s five-year term.

The six political parties elected in the parliament in 2018 have entered three different coalition governments led by the two biggest parties; UBP (National Unity Party – traditional right-wing party) and CTP (Republican Turkish Party – traditional left-wing party), but neither of them could hold the majority of the parliament for long. Both parties of the right and the parties of the traditional left cannot win the trust of the people, because for the last 15 years they have played musical chairs in parliament but have not brought any change. A new left formation is urgently needed that will fight for the rights and the interests of the working people in and out of the parliament, unconditionally.

The elections are taking place in the midst of the pandemic, and an economic and social crisis.

The pandemic and the lockdowns that were imposed so that the health system does not collapse, brought irreparable damages to all the economic sectors. Based mainly on tourism and services, the fact that the hotels had to remain closed was like a domino effect for the economy. The financial help that was expected to come from Turkey, didn’t. It was reported that just a third of the promised money came, and they all went to the needs of the military.

The reopening of the economy coincided with the economic crisis coming from Turkey and the devaluation of the Turkish Lira. Northern Cyprus saw prices of basic goods going up by more than 30%, food inflation by 58.2% and petrol even doubled its price in a year, similar to the inflation experienced by workers in Turkey. However the situation in Cyprus is worse, since big sections of the economy use British pounds and other foreign currencies. Therefore a worker in northern Cyprus is paid in Turkish liras, but has to pay rent, bank loans, school fees, or car installments all in British pounds.  What is more, food producers in Turkey use foreign currencies when they export their products in northern Cyprus, so that they can take government funding, so the goods arrive in Cyprus 3 or 4 times more expensive.

The establishment parties have no solution to all these problems

The political establishment and its parties have shown very clearly that they have no answer to the problems faced by the working people in the north. The problems may have been magnified by the pandemic and the currency crisis coming from Turkey but they are based on structural problems that exist since the declaration of the TRNC, and mostly because of the dependence of TRNC to Turkey. The state in Northern Cyprus has no control over its central bank or its budget. Even though the budget is voted on every year, it has to follow the policies signed in protocols with Turkey, so that Turkey provides the financial help for the state to function. For the last 10 years these protocols have carried the neoliberal policies that have been implemented by all the parties of the establishment.

The campaigns of all the parties of the establishment are dominated by populist slogans and big, but empty promises. The fact that over the last 15 years, UBP and CTP, the two bigger political parties, have interchanged in forming governments has created huge disillusionment among working people on what change they could bring.

What is more, in the last 4 years the governments were changing from a CTP led coalition to an UBP led coalition, and even though they had the power during the pandemic and the economic crisis, they promise today that they will bring prosperity, they will stop poverty, and will create a welfare system.

The main difference between UBP and CTP in these elections is their position on the national question. UBP, especially after the intervention of Turkey in the presidential elections last year, and the intervention of Turkey in their own Congress, some weeks after the elections, are openly declaring that their priority is to act in consensus with Turkey on every issue, and that they fight for a two-state solution. In contrast, CTP and TDP (Communal Democracy Party – the traditional social democratic party) continue to argue for a federal solution. Even though the parliamentary elections can be a barometer on the opinion on the national question, it’s not decisive, as the negotiator is the president and not the prime minister.

CTP, the traditional left party, and TDP, the social democratic party, have even started to lose support since the previous parliamentary elections. CTP in the previous elections lost more than 10% of their votes, a fact that was interpreted as punishment from their supporters for entering a coalition government with UBP before 2018. Even at that election, CTP had started to take a more liberal position on the economy, even picking candidates like Fikri Toros, who was serving at the time as the head of the Turkish Cypriot Chamber of Commerce. In the 2018 elections, the total share of votes obtained by traditional left-wing parties saw a major decrease.

Is the boycott of the elections the solution?

In this year’s election, YKP (New Cyprus Party) and BKP (United Cyprus Party), two parties of the radical left, together with the Federal Cyprus Movement decided to create a platform to boycott the elections.

The arguments they put forward are that, northern Cyprus is under occupation from Turkey, and TRNC government is a sub administration of Turkey, then since Turkey intervenes in the elections, nothing can change, that all the parties are indistinguishable from each other, that they are not represented by any party, and that they boycott the elections to fight for federation, against the two states solution and annexation of Cyprus to Turkey, and to establish alternative representative bodies in the country to hold representational congresses, and to explain the situation of the country in the international arena.

It is true that northern Cyprus is under occupation from Turkey and that Turkey intervenes in the electoral processes. In one way or another, they have done it since the declaration of the TRNC. The declaration itself was voted for by the opposition parties after they received threats.

It is also true that working people are not represented by any of the parties of the establishment. Not only this, but they have also been betrayed continuously.

But when the left notices the lack of representation of working people, it’s their task to work on building the forces that will be able to represent them. Especially forces that have run in past elections, BKP took more than 2% in the last parliamentary elections and YKP has an elected member of the Nicosia’s municipal council. They could contribute in building a sizable force.

A party like this in the conditions of today can only come out of a common front of the radical left and the trade unions, that will be organised in local assemblies and that will work, with internal democracy and respect towards the differences of each group, as a common fist against the neoliberal policies and attacks of the establishment.

This new formation should make the leap from being just an opposition group, as there were many (Sendikal platform, This country is ours platform – both platforms of the trade unions and the radical left) to a party that will have a programme based on the needs of the working people, a socialist programme that can be fought for in the elections, in the parliament and on the streets and every workplace.

The recent history of the movements and the elections has shown that when the radical left and the trade unions collaborate then they can have important victories. In 2013, BKP and Baraka (the then organisation of Bağımsızlık Yolu – Independence Road), together with DKP (Revolutionary Communist Unity) collaborated and received 3.1% of the vote. In the presidential elections of 2015, the radical left and the trade unions were actually the ones that elected Akinci (the previous president – candidate of TDP) as a president. At the same time, the collaboration through the years and the movements against the protocols coming from Turkey, privatisation, coordination office, etc, shows that if the left and the trade unions work together, they can win.

As NEDA, we believe that the collaboration and the united front of the radical left and the trade unions in the north, but also on the whole  island, with a socialist programme that will put the needs of the working people above profits and nationalist conflicts, is the way forward for the creation of a new left formation that will be able to provide a real alternative to working people.

In these elections there is one party with which we can agree on a series of demands, and would deserve working people’s vote rather than boycott – and that is Bagimsizlik Yolu. Even though we would prefer it if they would have collaborated with other forces, we do agree with them on their attitude of the unconditional support of the rights of the working people in the parliament, their opposition to neoliberalism and capitalism, the call for trade union rights, independence of the economy, and public investment in public education, health and services. The polls show that they will get almost 1% and therefore not enter the parliament. However they are opening a discussion in society which is very positive and in which we want to be part of – and that is the building of a new left formation, a new party for the working people, which is what is really needed not just in northern, but also all of Cyprus.