New cycle for the left centered on unity 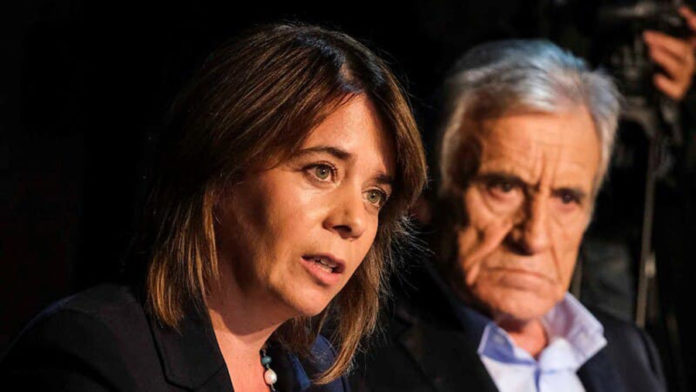 In the context of the discussions inside the revolutionary left movement we publish below an article on the government crisis in Portugal written by the comrades of Semear O Futuro.

Marcelo Rebelo de Sousa fulfilled the threat to dissolve the parliament in case the State Budget for 2022 was not approved and has already scheduled elections for January 30th, 2022.

The president, helmsman of the right, thus gave the right the possibility to return to dispute power before the end of the legislature, trying to shift the blame for the crisis to the left. Although the right is going through a crisis, especially in PSD and CDS, resulting from reorganization, these sectors still look to the elections as an opportunity to return to power, even if they have to count on the support of the neo-fascist Chega party.

The fall of the PS Government may mark the end of a period in which the PCP/PEV and the BE supported the Government (although the BE had voted against the 2021 budget, already building a different posture towards the PS since 2019). The end of this government solution, which started in 2015, opens a new political cycle in the country and the left must also think the best way to defeat the right and far right.

In this sense, the need of the left to discuss the best strategy to adopt for this new political cycle becomes essential.

One of the hypotheses is for BE and PCP to return to the strategy they followed until 2015, that is, to present themselves as opposition parties on the left, without dialogue with each other, relying on mobilization and amplifying these movements, but without disputing government. Remember that this type of strategy today takes place in a political environment in which the left is expected to decrease in electoral terms in the next elections, taking into account the last two elections (Presidential and Local) and the polls.

Another strategic hypothesis is for the left to resume support for the PS. After these 5/6 years, in which the left approved State Budgets presented by the PS, we are well aware of the limits that this strategy. We do not question the need of BE and PCP in enabling the PS Government in 2015 so that the right — Passos Coelho and Paulo Portas — did not remain in power, which allowed to halt and even reverse part of the austerity. We emphasize that, despite this success, we agree with what PCP and BE pointed out in the last budget discussion when they highlighted the limits and insufficiencies of this solution, better known as Geringonça. It can also wait that António Costa leaves the PS leadership and will be replaced by a leftist leader. The problem with this last solution is that PS never had a leftist leader the left could count on. Furthermore, all these strategies are dangerous as they do not depend on the left and because PS has already shown that it will not go beyond what it offered in this last budget.

For a new cycle, the left has to dare, choose a new strategy, place itself as an alternative, create a polarization to the left that fights the right and far right and as an alternative to PS. This strategy requires a constructive dialogue between BE, PCP, PEV, CGTP and various social movements (anti-racist, climatic, feminist and LGBTQI+) in the streets but also for the elections. And if BE and PCP go to elections without any dialogue, this desirable unity movement becomes much more difficult. However, unity cannot be a political slogan that serves as a weapon between leftist parties and groups. The proposals for unity must be real, because unity is today a necessity of the working class in its diversity, in the face of the resurgence of the right and the far right. If possible, the dialogue between BE and PCP should already be built around these early elections, but, if there is not enough time to do so, a sign that there is an intention to concert efforts and understandings to strengthen us in the streets and in parliament it would already be a mobilizing step.

This understanding on the left is important even for situations where a negotiation with PS is necessary – together, BE and PCP will have more strength to defend our rights and allow progress, even an alternative for the country. The creation of platforms for collective elaboration and action on the left is urgent.

PS is not willing to face up to any economic interest. Even in a period of greater economic stability and forced by not having an absolute majority, as was the beginning of Geringonça, the PS government had many difficulties in advancing even on the most basic points and without ever touching on structural issues. With the economic crisis following the pandemic, we can expect even less from PS, Costa himself has said that. Only the left to the left of PS can be the force that gives hope (and with it the possibility of victories) to those who cannot see a better solution today than the Geringonça, fighting the right and offering a positive alternative to the current crisis.

Note: Geringonça is a Portuguese expression similar to contraption, like some machine made not with the pieces that are supposed to but the ones that are available.