Never Again! 6 Years after the murder of the antifascist artist Pavlos Fyssas 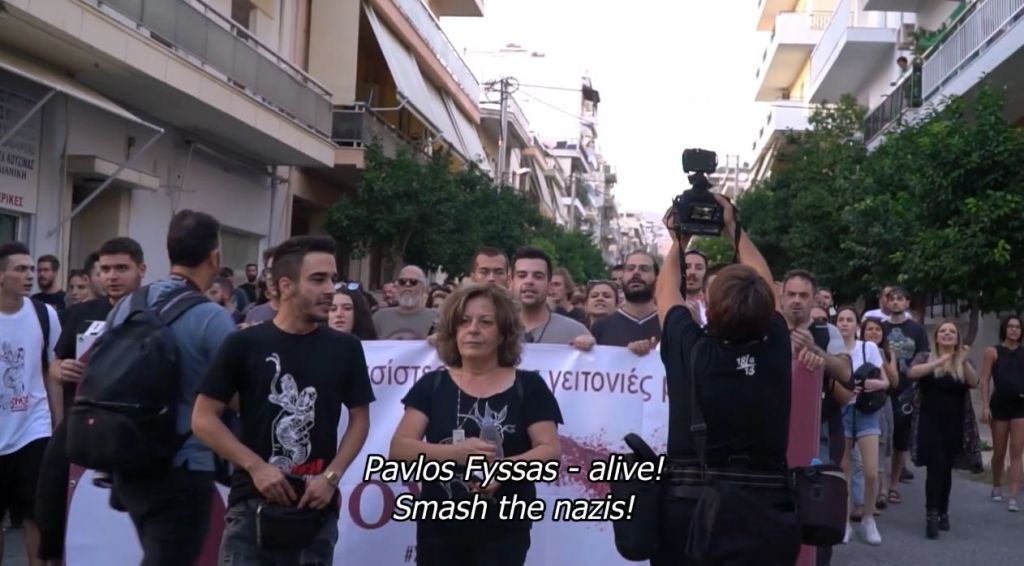 It’s been 6 years since the 18th September 2013, when in a working class neighbourhood of Athens, a Golden Dawn death squad murdered the antifascist artist Pavlos Fyssas. This year again thousands demonstrated in many cities all over Greece in commemoration of Pavlos Fyssas and against the neonazi Golden Dawn.

The fascist murder of Pavlos Fyssas in 2013 sparked a huge antifascist movement with tens of thousands demonstrating in different cities across Greece. The movement forced the government to begin the trial of GD leadership and death squads, who face charges of murder and criminal conspiracy. The trial is on it’s 4th year now and in the next couple of months is coming to an end.

During the financial crisis Golden Dawn, who was until then a small group of a few hundred, became the third largest party in parliament. During its rise Golden Dawn’s paramilitary troops launched murderous attacks against immigrants, the LGBTQ community and the left.

In the July parliamentary elections Golden Dawn got a huge blow. It got only 2,9% of the vote, 4% less than the last election, and was not able to elect any MPs (the threshold to get into parliament is 3%). With the former MPs not having parliamentary immunity anymore, the party being cut off from state funding and all of its leadership facings serious criminal charges Golden Dawn started collapsing. Its headquarters in Athens closed down, as did almost all of its offices in the different cities and it entered a spiral of splits.

The antifascist movement played a key role in cornering the neo-nazis with massive demonstrations, counter demos in every fascist public meeting, constant unveiling of their false “anti-establishment” policies, campaigns in the streets, in the neighbourhoods and the internet. Although Golden Dawn is falling apart it doesn’t mean that the danger of fascism has passed. All of the factors that have contributed to the growth of the fascism and the far right are still present in the Greek society. The danger of the rise of fascist forces will always be around the corner as long as capitalism survives and will present, in many countries, a more immediate threat whenever the system plunges into crisis.

Below is a video reportage by Xekinima, the section of the CWI (majority) in Greece, on the 5.000 strong demonstration in Keratsini, Athens and the antifascist festival one day earlier which attracted more than 7000 people. The mother of Pavlos Fyssas, Magda Fyssa, is at the head of the demonstration. Since the murder of her son Magda Fyssa became one of the leading figures of the antifascist movement in Greece, feverishly fighting to bring the Golden Dawn leadership behind bars. Xekinima members in Athens marched in the ranks of the “Antifascist Coordination of Athens and Pireus”, an alliance of revolutionary left wing organisations, antifascist groups and activists and trade unions, which Xekinima played an important role to build.