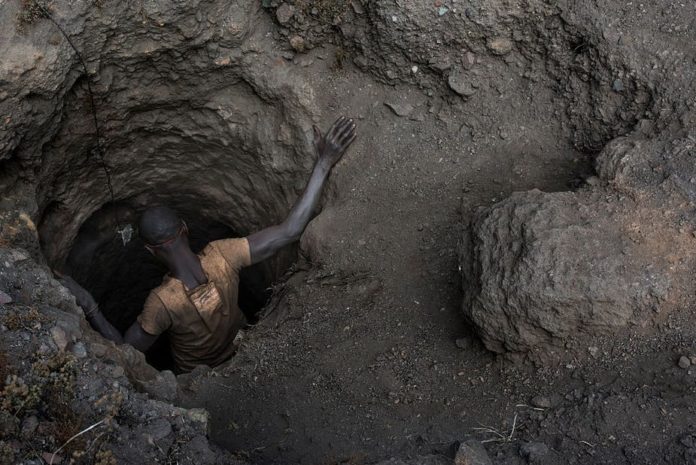 Τhe Johnson government in Britain, is planning to expand the electric car charging network by 2030: this will mean 145,000 new charging points will be added every year to the 250,000 points already in place. In this way, they expect to exceed one million charging points over the next nine years, aiming at banning the use of fossil fuels in vehicle traffic by the end of the decade.

The Biden administration on the other hand, is trying to give incentives to the major car industries, in order to help them produce electric cars on US territory, causing friction with Mexico and Canada, which have so far hosted a significant share of production.

In China, which is leading the world in the electric car sector, yearly production marked a rise of 141% in October: the country produced 320,000 new vehicles. In the same month, 19 out of every 100 passenger vehicles sold in the country were electric.

The shift to electric car production (in the context of supposedly reducing emissions and containing global warming) has already taken off and is expected to intensify.

Along with electric cars, the demand for the so-called “green” ores is also increasing. These are the ores necessary to produce batteries. They are called “green” by the international media, though they are in fact anything but green. Lithium, nickel, cobalt etc. are very much chased by the big companies in the new technologies sector and, of course, by the car manufacturers, who are expecting to achieve big profits from the new market opening up in front of them.

Here are some examples illustrating how “green” they really are, and what is the real cost paid by the local communities in the areas where they are extracted.

Many call it the “new oil“, or the “new oil of Africa”. Demand for cobalt has skyrocketed in recent years. 60-70% of the world’s cobalt production comes from the Democratic Republic of Congo. In 2019, the country’s production reached 100,000 metric tons.

One would expect the Congolese people to enjoy a decent standard of living thanks to the profits from mining. Instead, at a time when large companies are making huge profits from the country’s mineral wealth, all that remains for the miners and the local communities is the environmental destruction and the slave-like working conditions.

The miners work without protective equipment, in tunnels as much as 50 metres deep. Deutsche Welle reports incidents in which dozens of people have been killed and their bodies have not even been discovered.

Adults and children are risking their lives every day for a salary which does not even provide them with enough to cover the basic necessities.

A recent report in the Guardian unveils the reality about the miners’ wages: many of them are paid something between $3.5 and $4.5 a day (depending on whether they work overtime). They describe how their wages are so inadequate in relation to their needs that they cannot even “afford” to get sick and lose a day or two in a month.

We are not even talking about unionization and workers’ rights of course. The workers in the Congo cobalt mines could not even protest, since that could entail dismissal.

Companies are not only terrorising the workers, but they also direct their threats against activists who dare to speak out about the working conditions in the mines. This was the case of Auguste Mutombo, who was forced to leave the country after receiving threats for helping families to take legal action against large companies, including Tesla and Google.

The companies that control the country’s mines supply major vehicle manufacturers such as Tesla, Volvo, Renault, Mercedes and others, but also major technology companies. The multinationals claim they have nothing to do with this extreme exploitation, and deny that they are sourcing raw materials from mines where child labour is a practice. In reality, miners (adults and children) are hired by smaller companies, who sell the ore to larger ones, in a complex chain of subcontracting, allowing the final recipients of the raw materials to pretend to “lose track” of their travel: in this way they are able to claim that they buy only from “ethical” suppliers.

The truth is that child labour is so widespread in the Congo mines, that none of the recipient big companies can be trusted when they claim no involvement, or not being aware of what is going on.

About a third of the country’s cobalt is mined in wells and underground tunnels. The rest of it is mined in “open pits” – areas where large mining craters have been created, accompanied by industrial-scale facilities used to sort the ore from the rest of the soil.

In Katanga province, the major source of the country’s cobalt production, more and more children have been born with birth defects and other serious health issues in recent years.

Many of them face speech and swallowing problems, as they are born with defectively developed mouths or lips. In some cases, their health is so fragile, that they die in infancy. Doctors in the region have observed that these conditions are common among children from the areas near mines.

The Department of Toxicology of the University of Katanga has taken samples of the soil, water reserves, and flora and fauna in the area. The conclusion of the research is that the waste from the ore processing, containing heavy metals and other toxic elements, has streamed into the environment and the food chain, affecting the health of local residents.

The example of cobalt mining is illustrative, but not the only one.

Earlier this year, news broke that Indonesia (the world’s largest nickel producer) decided to stop issuing permits for dumping mine waste into the sea.

This announcement came as a result of the intense criticism that the country’s government has faced around the issue of dumping mining waste into the sea. Large populations depend on this sea: fishing is one of the main economic activities. At the same time, this sea is home to rare coral ecosystems, important for the ecological balance of the planet.

Meanwhile, in areas close to mines, toxic waste has leaked into the environment, changing the colour of the soil and sea, wiping out marine fauna from the shores and causing respiratory problems to residents. Moreover, the country’s plans around the future of mining do not foresee nickel extraction being reduced, but extended.

Lithium and the risks of new disasters

In Europe, an unknown lithium-containing mineral was discovered at the beginning of the last decade in the Jadar River valley in Serbia. Following the tracks of this discovery, the multinational mining company Rio Tinto started operating in the valley. The company had initially claimed they would build a small mine that would not cause any problems. Over the next few years, the mine has been gradually expanded. In order to counter-balance the opposition to its activities, the company launched a process of “buying support” by making donations to the local school, the local football team, local farmers, etc.

The company is now aspiring to turn its facilities in the area into Europe’s largest lithium mine. Despite Rio Tinto’s “reassurances” about a minimal environmental impact, residents recall that as recently as 2014 a flood (one of those that are far from unusual for the valley) led to the spillage of toxic materials from an old mine into their fields.

The company’s reassurances that it is prepared to deal with similar events are anything but convincing. Moreover, the company has built a bad reputation in other parts of the world in relation to its environmental “sensitivity”, so this is a further source of concern.

Last September and also in the last few days, in addition to the reactions in the mining area, mass demonstrations against Rio Tinto’s mining projects have been organised in Belgrade.

However, plans about building the largest lithium mine in the USA, in the state of Nevada, are also being met with resistance. On the one hand, indigenous tribes are mobilising against building mines on what they consider to be sacred land: the project covers a site where dozens of indigenous people were murdered in 1865.

On the other hand, environmental activists describe what the impact of the mining will be: lithium is planned to be mined in open pits and sorting it from the raw ore will be processed using sulphuric acid, a highly toxic chemical compound.

Nothing new, only profits and hypocrisy

The ores necessary for producing batteries for electric vehicles are supposed to be environmentally friendly materials, and the activity is considered as helpful in the fight against climate change.

In reality, electric vehicles may indeed not release air pollutants directly into the atmosphere; but their batteries will be charged with electricity mostly produced by conventional methods, i.e. using fossil fuels. At the same time, the ever-increasing demand for electric cars is responsible for the destruction of ecosystems and human lives in the regions of the world where the components of their batteries are extracted.

There is nothing new in any of the above. This same system which is destroying the planet and our lives, is trying to convince us that solutions in the framework of the system can be found. These solutions are actually bringing new destruction, while every new “idea for salvation” is bringing even more profits to those who conceived it.

It would of course be a major mistake to underestimate the danger that climate change represents. On the contrary, it is a real and immense threat and urgent action is needed to tackle it. Tackling this major threat can by no means mean that we give cover to the destructive practices of big businesses dealing with supposedly “green” technologies, like the ones mentioned above.

A comprehensive plan to decarbonize the economy is a necessity in order to tackle climate change. This needs to be accompanied by a shift to renewable energy sources (RES), together with massive, public investment in research. We also need to implement RES technologies that will have as little impact as possible on the environment and the local communities in the areas where they are applied. The only objective when implementing the above should be genuinely protecting the climate and the ecosystems, as well as the standard of living, health and quality of life of people all over the planet and not profits.

Planning the production and energy distribution in the world on the basis of these objectives will never be implemented within the framework of the profit system. That is why the struggle to save the environment must be inseparable from the struggle against the capitalist system.