Italy today: class struggle, war, the Unions and the Left 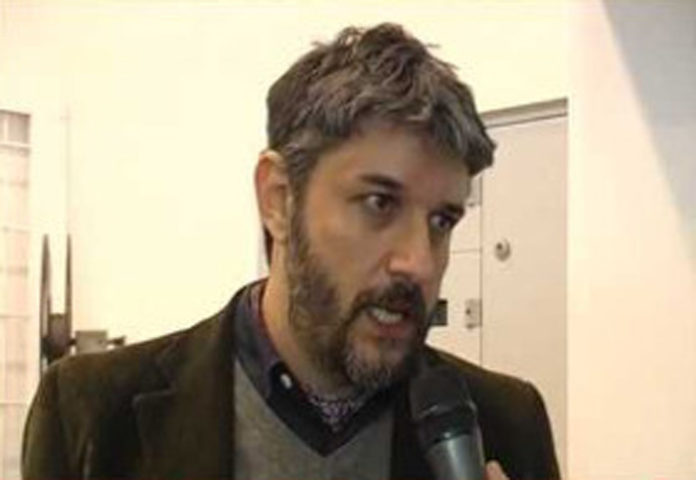 ● Hi comrade Marco. It’s been a long time since the Italian working class and the Italian social movements were at the forefront of European and international working-class struggles. This is no longer the case. What is the general situation of the working class today and what are the reasons for this retreat?

In general, we have been facing a stagnation of class struggle for nearly a decade. Nevertheless some interesting developments have taken place in specific layers of working people over recent years. Logistics workers, in large part immigrants, started to organize and struggle to defend their basic rights in their workplaces. One year ago, the whole workforce of Amazon and its subcontractors (about 40,000 employees) went on strike and obtained wage increases and union recognition in Amazon warehouses. Food delivery workers managed to have some legal and union rights recognised, thanks to some recent court judgements. Strikes on safety issues took place in northern factories at the outbreak of COVID-19 pandemics.

Regarding the reasons for that, I wouldn’t speak of trade unions betrayal. I’d rather say all trade unions –big federations, but also small rank-and-files organisations– suffer a total lack of strategy. On the other hand, there are objective reasons as well. On February 7, unions called for a nationwide strike of teachers and just 7% of the workforce took part in it.

It’s meaningful that the most remarkable struggles I’ve mentioned are taking  place in the new and most dynamic branches of the Italian economy, rather than in the traditional layers of the working class such as metalworkers and civil servants.

● Just over a year ago, in February 2021, a banker who did not belong to any one of the political parties of Italy, Mario Draghi, became prime minister. What were the political and social conditions that led to such a development?

It was more a “palace conspiracy” than a consequence of  pressure from below. Italy will get the second biggest amount of the EU COVID-19 Funds, nearly 200 billion euros. European and Italian ruling classes decided that a grand coalition headed by Draghi was the only way to secure the best allocation of that amazing flood of cash. Best from their point of view, of course.

● What are the policies, social and economic, applied today by Mario Draghi?

The EU funds could be an opportunity to modernise the country, from a capitalistic point of view. But so far it seems that it would be rather “business as usual”. The only change is that thanks to such large support in Parliament, Draghi has been successful to some extent where previous Italian governments have failed in the past: for instance he implemented a total liberalisation of subcontracting in the public sector and a €15 billion annual increase of military expenditure.

● The dominant political issue today is of course the war in Ukraine. Is the Italian government supplying arms to Ukraine and what is the attitude of the Italian workers and youth towards it?

The Italian government is supplying weapons to Ukraine, but we don’t know which kind of weapons, as this is classified information. According to the polls, the majority of Italian people stands against this measure, against the increase in military expenditure, and for a diplomatic solution instead of a military escalation.

But all those measures have been approved by nearly 100% of the MPs. This reflects a huge political vacuum and a major opportunity for the Left. In workplaces, there’s a rising fear for the future, not just in terms of a military escalation, but also in terms of the impact of war and economic sanctions on jobs and wages. Pope Francis blamed NATO and the EU strategy for “barking at Russia’s doors” and recently even one of the most prominent figures of Italian business pointed out that Europe and Italy should call for a diplomatic solution and emancipate themselves from US hegemony.

Our ruling class is aware of its weakness and its reaction was to unleash a furious McCarthyst campaign against all critical voices, including ANPI, the organization founded by the Italian partisans who fought against Nazi-fascism after 1943, whose leader is guilty of saying that “it’s wrong to identify the Italian Resistancewith the Ukrainian resistance”.

● All of these are of course related to the state of the Left in Italy. How would you describe the general picture of the Left and Trade Unions?

Left parties are simply dead men walking. I mean that from the point of view of working people and young proletarians they have no practical utility.

CGIL, the biggest federation with its 6 million members, stands against sending arms and increasing the defense budget. It organised a couple of demos immediately after the invasion of Ukraine, including one in Rome with about 20,000 people, but doesn’t dare to call for a general strike against war on a basic platform like: raise social not military expenditure. At this stage a general strike could be a major blow for Draghi, with some parties of his majority under pressure from their voters. And it could tremendously strengthen the labour movement. The approach of the leading group of CGIL reflects one of the traditional features of the old CP culture: when the country is under threat, the Left has to show a responsible attitude. Responsible, towards whom? Definitely not towards the working people. I would say that CGIL is afraid to win.

● What was the impact of the war on the organisations and parties of the Left?

The war is making their crises deeper. Small revolutionary groups are no exception. Groups coming from Stalinist background limit their propaganda to condemning NATO policies and to highlight the presence of far-right forces inside Ukrainian ranks. On the other hand, most of the organizations and individuals with a far-left and even Marxist tradition refuse to take an internationalist stance and consequently support Ukrainian resistance. They act as if Zelenski was the progressive bourgeoisie leader of a small country fighting against an imperialist power and the conflict was not a proxy war between US imperialism and Putin’s renewed Great-Russian ambitions.

But Zelenski is not a new Ben Bella. Since October, the Federation of Ukrainian Trade Unions has been fighting against a labour reform which would cancel the national labour agreements for 75% of the working people. Even ILO criticised this project (which was approved in March, seizing the opportunity of the war). Moreover, they base their approach on a very abstract idea of self-determination. It seems to me that for Marx self-determination wasn’t a matter of principle, but just a tool to pave the way to class struggle.

● What do you see for the next period, in relation to processes in the Left, in the trade unions and as regards struggle and social movements?

I think it will be something like “wandering in the desert” for several years. But I don’t mean there isn’t anything to do. In Autumn it is likely that the impact of the war and the global supply chains crisis on living conditions will have some consequences in terms of (probably) limited and defensive workers and youth struggles. The future of the Left depends on its ability to play a role in these struggles.