Greece: How do we respond to police violence? 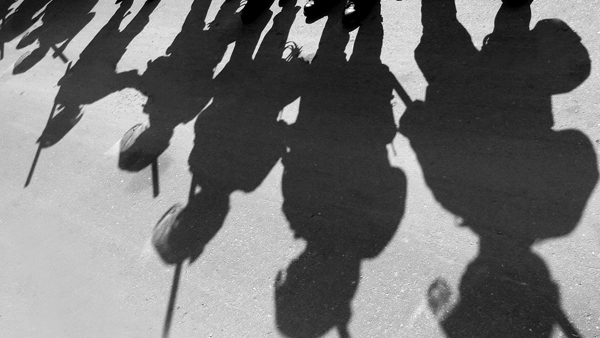 We have lost count of the number of incidents of police brutality and authoritarianism. Beatings, unprovoked arrests of innocent civilians, trumped up charges, threats against life by displaying weapons and threats of sexual assault. These are what struggling people, left activists and social movements, refugees and migrants, LGBTQI people, Roma or just people who happened to be “in the wrong place at the wrong time” have been suffering, particularly in the last few months, at the hands of the Greek police.

In the long downhill slide to authoritarianism, the events of Nea Smyrni (a municipality in greater Athens) were a turning point. The beating of innocent civilians by police officers (which the media failed to conceal only because of videos uploaded on social media) triggered an angry wave of mass protests across the country. Around 15,000 participated in the March 9 demonstration in Nea Smyrni, while tens of thousands took part in demonstrations in other parts of Athens and many other cities nationwide on the weekend of 13-14 March and the following days.

The struggle in defense of democratic rights and against repression will continue to be an important aspect of the movements in the coming period. In this struggle, the forces of the anticapitalist left must put forward a series of concrete demands for struggle so that the movement can acquire political objectives and the anger against the “cops” will not enter a blind alley and fizzle out.

Scraping of the legislative framework

One of the first political demands of a united and robust mass movement, must be to force a change of the legislative framework that has been passed in the last few months and concerns the restriction of democratic rights.

Such laws are the law that allows the police to enter the universities, the law that restricts demonstrations, the law on the creation of a special “university police”, and others.

The pictures of the riot police storming the Aristotle University of Thessaloniki (with helicopters to back them up!) to break up the peaceful occupation of the Rectorate, the beating of several already arrested students in front of the cameras and the chasing of a journalist during the police raid showed what the law that allows police in the universities means in practice.

Strengthening the health system, not the police!

Moreover, the pandemic has highlighted what the real needs of the majority of society are and what they are not. And the first thing we need in order to deal with pandemics is a strong National Health System (NHS). At the same time as the government refuses to actually strengthen the NHS with permanent jobs and modern equipment it is recruiting 1,030 permanent police officers for the universities.

This fact alone is outrageous. So, the demand “money for health, not for the police” is very rightly on many of the banners of recent protests.

Dismantle the Riot Police and other Special Police Forces

The role of the infamous MAT (the police unit for demonstrations) and other “special” police units is no other than the suppression of social reactions and mobilizations.

Their “job” is to spay with tear gas and break up gatherings, beat up demonstrators, run over them with motorbikes and generally spread terror in society.

The state has given them complete freedom to act outside the boundaries of laws and even the Constitution. The judiciary system covers them with blatant impunity. It is no coincidence that fascist, racist, homophobic and sexist attitudes thrive in the ranks of the police special forces. This has always been the “ideology” of the special police units.

For all the above reasons, we should fight to disband MAT and all the other special units of the Greek police. And also fight for the police forces not to be armed at public gatherings-demonstrations.

The “argument” of the government and the mass media that “without the riot police, the rioters will be able to destroy undisturbed at demonstrations” has to be answered. First of all, where there is no presence of riot police at marches, as a general rule there are no riots. Secondly, in many cases the police itself has been proved to have planted its own agents in the demonstrations to provoke riots so that the riot police can then intervene. And thirdly, it is the policies of the ruling class and its parties that are “pushing” society to the streets and sections of the youth, sometimes, in an explosive and violent way, as in December 2008 (where a police officer shot and killed a 15-year old school student without provocation and this led to a massive movement).

Heavy penalties to police officers responsible for violence and abuse

We demand that all police officers responsible for cases of violence, abuse of power and fabricated charges be punished in an exemplary manner.

The perpetrators of so many violent attacks and trumped-up cases, for which there is in fact countless and irrefutable evidence, cannot be allowed to hold a gun and have power.

As the Golden Dawn trial showed, the state, the judiciary system and the police have protected the fascists for decades. But they were forced to put them in prison under the pressure of the movements and of society. The same should be repeated with the murderers of Zak Kostopoulos (LGBTQI activist brutally murdered on camera in the center of Athens in 2018), the torturers of Vassilis Mangos (an activist against waste incineration in Volos that suffered in the hands of the police and died some days later), the policemen who attacked innocent citizens in Nea Smyrni, those who tortured Aris P. in the Athens police headquarters (using methods of “antiterrorist” interrogation just because he was a suspect), the riot police who arrested and beat members of Xekinima Irene E. and Zisis S. without reason (after the Polytechnic commemoration demo of 2019) and so many others.

Of course, there is no trust in the “justice system”. If they had done the job they are supposed to do, we would not have reached the current point.

Consequently, a combined campaign of mass mobilisations to exert political pressure is needed. The organisations of the anticapitalist left, together with militant grassroots unions in cooperation with progressive lawyers, social movements etc, must aim at united mass campaigns directed at the base of society to exert pressure on the tops.

Police: the guardians of capitalist power

At the same time, we must stress that as long as the present system of profit exists, the police will be nothing more than the armed guard of the system of class exploitation. The capitalist economy is based on the economic violence of the elites at the expense of the vast majority of society. When the exploited begin to mobilize and the exploiters become worried about where things are going, that is the time when the police take action.

That is why police violence, repression and authoritarianism are not a Greek peculiarity. Internationally, particularly so in the midst of the pandemic, from the US to Nigeria and from France to Chile, we see police violence and brutality increasing.

Thus, the struggle against police violence and for democratic rights is not just a national but an international struggle, against the power of capital itself, for a truly free, democratic, socialist society.