Brazilian elections: Some comments on the first round 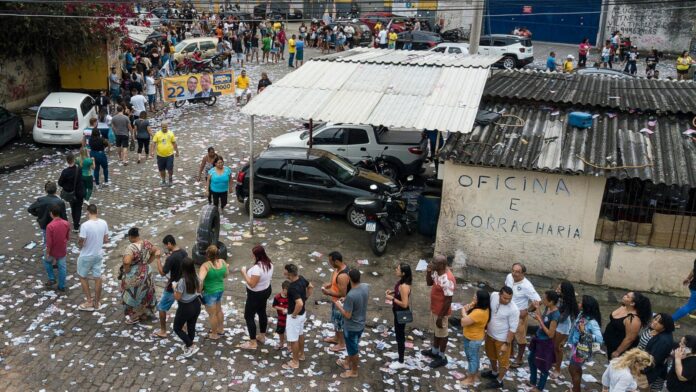 Sunday, October 2, marked the first round of Brazil’s presidential elections in which neither of the two main candidates received more than 50% of the vote. Thus, the centre-left Lula (PT – Workers’ Party) and the far-right Bolsonaro (PL – Liberal Party) will face each other again in the second round on Sunday, October 30.

The “surprise” outcome of the first round was the high percentage that Jair Bolsonaro received. In the opinion polls over the last year, Jair Bolsonaro was constantly ranking around 25-35%, according to polling agencies. In the end, not only were these polls not confirmed, but he even got more votes in absolute numbers (51 million) than in the first round of 2018 (where he came first with 49 million votes). This is showing that the phenomenon of “Bolsonarism” is far from over in Brazil.

This result gives Bolsonaro hope that he can still try to claim the presidency in the second round, although this scenario seems to be quite remote as things stand now, since the other ruling class parties are expected to call for a vote for Lula in the second round.

Along with the presidential election, ballot boxes were set up to elect 513 deputies and 27 senators for the federal bodies, as well as representatives to the local parliaments in Brazil’s states.

Even there, the results were far from optimistic. In the federal Chamber of Deputies, which is the country’s main legislative body, Bolsonaro’s party came first, electing 99 deputies. Lula’s came second with 80, while there are another 17 parties and alliances that have elected their own deputies, with the right most probably having a majority.

The last point is worth mentioning because Lula has proven from his previous terms in office that there is no way he would implement pro-worker policies which would bring him in conflict with Brazilian capital. But the pressure from the movement may, under certain circumstances, force him to adopt such measures. In this case, he will find the parliamentary majority against him.

Another very important point is the turnout of 79%, a figure that seems very high by European standards, but for Brazil it is the lowest in 20 years. This figure, together with the relatively low-key election campaign (as we have been informed by comrades from Brazil), shows that there was limited mobilisation and little enthusiasm by the people for these elections.

Contradictory elements seemed to co-exist in this election campaign.

On the one hand, Brazilian society felt under its skin what a four-year term of Bolsonaro meant. As a hardline right-winger former military man, a nostalgic of the junta, a sexist, a denier of the coronavirus (his stance resulting in 700,000 deaths from the pandemic), a friend of big business and a destroyer of the environment, he brought havoc to the working masses. But that doesn’t seem to have been enough to put him out of the electoral map. Bolsonaro has managed to establish himself in a significant section of society by gathering all the reactionary elements around him.

On the other hand, Lula, although most of his votes came from the lower social layers and poorer areas (unlike Bolsonaro’s), did not achieve in rallying these layers into a strong campaign. His record of anti-working class policies and corruption certainly played a big part in this.

Although the majority of the Brazilian left, as exemplified by P-SOL (which belongs to the radical anti-capitalist left), did not run their own candidate, along the lines of “not splitting the vote against Bolsonaro”, Lula himself did not use this to shape a militant radical campaign against the interests of capital. On the contrary, he tried to win over sections of the ruling class, most notably through the selection of Geraldo Alcmin, a man of the system and former governor of São Paulo with the traditional right-wing party, as vice-president of his ticket.

In other words, not only did Lula not set a radical political agenda, but he did not even pursue a militant campaign to mobilise the working masses, in order to avoid alienating the capitalists. On the contrary, Bolsonaro’s campaign was the militant one: it was a “militant campaign” of a far-right junta supporter in the sense that his supporters went as far as murdering left-wing supporters of Lula (54 murders have been reported since the beginning of the campaign).

As mentioned above, most of the forces of the Left, which is dominated by PSOL (Party for Socialism and Freedom – a left-wing formation that split from Lula’s PT in 2004, with a radical anti-capitalist orientation), did not present their own candidate in the first round. This caused several debates among organisations and parties about tactics and orientation (read our collection of articles on this issue here).

Despite these internal debates, in the parliamentary elections PSOL’s results were quite good. It managed to elect 12 MPs (up from 10) -the highest number in the party’s history- and several more in local parliaments.

It is worth noting that PSOL elected Erika Hilton, the first trans woman in history to be elected to parliament, while one of the key leaders of PSOL, Guillermo Bulos, received over 1 million votes, getting more votes than any other candidate of any other party in São Paulo (Brazil’s largest city with a population of 11 million).

The developments in Brazil are very important, not only for the country but for the whole Latin America. On top of that, the course of the Left in Brazil is of particular importance internationally. P-SOL is one of the new left formations of our epoch with quite radical characteristics and its development and course will influence international processes in the Left. The first round of the presidential elections with the parliamentary and local elections has led to some first important conclusions. The second round will reveal the whole picture. We will follow developments and discuss with comrades in Brazil, seeking to jointly draw conclusions about these events.