A tribute to Nazım Hikmet, on the 120th anniversary of his birth 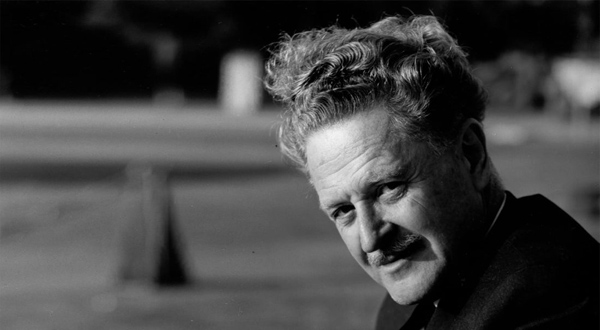 To live
Like a tree alone and free
Like a forest in brotherhood
This yearning is ours! [1]

Nâzım Hikmet Ran was born in 1902 in Salonika which was, at the time, along with İstanbul, one of the most prominent centres of the working class movement in the Ottoman Empire. He published his first collection of poems at the early age of 17. He spent a big part of his adult life either in prison or in exile until finally, in 1951, he left his homeland once more, never to return. He suffered a heart attack and died in 1963 in Moscow, and not in his hometown where he had been declared as “persona non grata”. He was one of the great poets of the 20th century, with international recognition.

Hikmet: A poet and a militant

Hikmet became known not only for his huge poetic work, but also as a political activist. While being in Anatolia, he decided to become a communist and in 1923 he joined the Communist Party of Turkey (TKP). He subsequently wrote that any writer is politically engaged to either side whether he is aware of it or not. He declared that political engagement is an important component of being an author and that “what is relevant to man is relevant to poetry”. Hikmet says that the expectation of the fine arts is “that they should serve the people”. [2]

He went to Moscow to study, and in 1924, he returned to Kemalist Turkey, which had completed its bourgeois political revolution. He wrote articles in various journals and participated in organizing activities. However, starting from 1925, he would face not only the prosecution of the state, but also serious differences with the central policies of the party.

The TKP was founded in 1920, as a merger between different left-wing groups and under the influence of the October Revolution of 1917. The main structure behind it was the Workers and Peasants Socialist Party of Turkey. The TKP faced persecution under Mustafa Kemal Ataturk’s rule, its leaders were assassinated or jailed, and it was declared illegal.

During that period, internal differences arose on the issues related to the relationship of TKP with the Comintern and its positions towards the governing CHP (Kemalist-bourgeois) party. Nazım Hikmet led the leftist opposition in the party during the process that lasted from 1925 to 1929 and resulted in a break with the party in 1929. The fact that the party directly acted as an organ of the Comintern and sympathy towards Turkish nationalism were among the main reasons for the opposition of the (small) cadre gathered around Nazım Hikmet.

Nazım Hikmet organized a meeting in the middle of 1929 on the island of Pavli, in İstanbul, with the participation of 7 other people beside himself. Zeki Baştımar, one of the attendees of the meeting, later left this opposition committee after the Comintern sided with the TKP leadership, while the others were expelled from the party on the charge of “Trotskyism” and of being “police spies”. But the label “Trotskyist” does not necessarily indicate his sympathy for Trotsky’s International Left Opposition. This label was a widely used political accusation at the time, meaning a counter-revolutionary.

Nazım Hikmet was sentenced to 28 years in prison in 1938, after many trials and penalties for the works he wrote, and began serving his sentence. His poems were also banned during this period and this ban continued until two years after his death. Hikmet was a motivator for the struggle. His poems were copied and circulated in the Turkish socialist movement, especially during the movements of the 1960s and 1970s. But he was also a very good narrator of history and everyday life.

Hikmet in the transition period of the world

In his 61 years of life, Nazım Hikmet witnessed: the birth of new nation-states along with his own, the success of the Soviet revolution, the failure of the German and Italian revolutions, the Great Depression, the rise of fascism, the Spanish revolution, the First and Second World Wars and many other radical transformations.

my favorite gazelle is

I am a poet

I wrote poems like the rainfall in one year.

Nazım Himet is considered the pioneer of modern Turkish poetry. He has succeeded in producing free, humane, lyrical, simple, versatile and original works. But more importantly, just as Marx and Engels would say, it does not start from discourse, image, concept, but from the real / active person to arrive at the flesh and blood of the people. Just as he does in his poem:

“The great humankind, deck passengers on the boats

third class on the trains

on foot on the highways

The great humankind begins to work at the age of eight

There is enough bread

for all except for the great humankind

for all except for the great humankind.

There is no shade in the great humankind’s fields

no lamps in its streets

no glass in its windows.

But the great humankind does have hope,

one cannot live without hope”. [4]

Nazım Hikmet, as a person and a poet who went through both world wars and gave special importance to the issue of peace. His poem about the atomic bombing of Japan is still a widely known work- it was translated and sung by many artistis including Joan Baez. In addition, his 1952 letter in which he saluted the struggle of the Greek people as a member of the World Peace Council is also widely known. The following part of the letter is still striking and remains true:

“There are two Turkeys and two Greeces. Real and fake ones. Independent and slaves. One is Greece, where Beloyannis and hundreds of thousands of other Greek patriots suffered in prisons. The homeland of the Greek people. That’s the real Greece.” … “Turkey is Turkey where hundreds of thousands of Turkish patriots rot in prison. This is the homeland of the Turkish people, this is the real Turkey of the people”.

Hikmet’s poems, the possession of which had been considered a political crime for a long time, were copied by hand writing by left/socialist organizations in Turkey in the 1960s and 1970s, and were spread in thousands of copies as a political activity. Still revolutionary organisations organise some commemorations on the anniversary of his death. Part of one of his poems is still sung in tribute to all revolutionaries:

“There is a raid on

A raid to the sun

We will conquer the sun

The sun’s conquest is near”.

Almost all propaganda speeches end with lines of his poem:

How will the light vanquish the darkness?”

The composition made from the following poem of Nazım Hikmet is still played on May 1st:

“Salute to the working class of Turkey!

Salute to the creator!

Salute to the seed of the seeds, the one that flourishes!

All the berries are on your branches.

The expected days, our good days are in your hands,

not exploited during the day, not slept hungry at night,

days of bread, roses and freedom.

Salute to the working class of Turkey!

To those who shout our longing in the squares,

our longing for the land, the book, the work,

our longing for our star and crescent captive flag.

Salute to the working class who will defeat the enemy,

Salute to the working class, who will defeat

the kingdom of money

Of bigotry, of darkness

And the foreigner’s rocket!

Salute to the working class of Turkey!

Salute to the creator!”

Nazım Hikmet died on June 3, 1963. In addition to being Turkey’s best-known and most-loved poet, he is still the most prominent poet who reflects a changing age for all humanity with all its complexity, and who writes in Turkish. Yet, he has managed to be understood in all languages.

We’ll let him tell the rest of his story in his “Autobiography“:

I never once went back to my birthplace

at three I served as a pasha’s grandson in Aleppo

at nineteen as a student at Moscow Communist University

and I’ve been a poet since I was fourteen

some people know all about plants some about fish

some people know the names of the stars by heart

I’ve slept in prisons and in grand hotels

at thirty they wanted to hang me

at forty-eight to give me the Peace Prize

in’61 the tomb I visit is his books

they tried to tear me away from my party

nor was I crushed under falling idols

I was jealous of the women I loved

I deceived my women

I never talked behind my friends’ backs

I drank but not every day

I earned my bread money honestly what happiness

out of embarrassment for others I lied

I lied so as not to hurt someone else

but I also lied for no reason at all

most people don’t get the chance

I went to the opera

most people haven’t even heard of the opera

but I’ve had my coffee grounds read

my writings are published in thirty or forty languages

in my Turkey in my Turkish they’re banned

cancer hasn’t caught up with me yet

and nothing says it will

I’ll never be a prime minister or anything like that

and I wouldn’t want such a life

nor did I go to war

or burrow in bomb shelters in the bottom of the night

but I fell in love at almost sixty

even if today in Berlin I’m croaking of grief

I can say I’ve lived like a human being

how much longer I’ll live