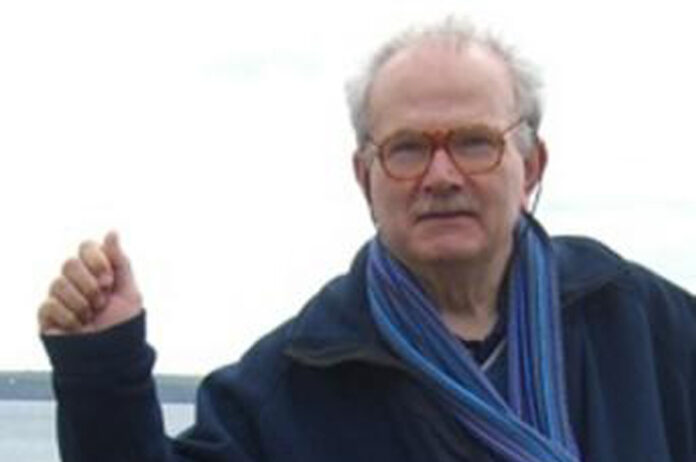 10 years ago, on September 4, 2012, comrade Nikos Remoundos died at the age of 71. Comrade Nikos was a founding member of Xekinima in the 1970s and Secretary of the organization in its first period until 1986. He played a decisive role in the formation of the first core of Xekinima immediately after the fall of the Junta and in its subsequent course.

The following obituary (slightly edited) was written by Andros Payiatsos and was published the day after the news of comrade Nikos’ loss. It includes a brief review of his contribution and role.

Nikos, our comrade, our friend, our brother, is no longer among us. He lost the battle against his ill health and particularly from Parkinson’s Disease, from which he suffered during the course of the last decade. Although we were all aware of his health problems, Nikos’ death was a shock to all of us who knew him. Nikos was a fighter and until his last moments had a vivid interest in political developments, the struggles of the working class and the activities of our organization.

Nikos will always be with us. This is not just a figure of speech. Nikos’ contribution to the development of Xekinima has been historic. In the course of the 1970’s, Nikos had a crucial role in Xekinima’s first steps. As its General Secretary, until the late 1980’s, Nikos played a major role in laying the foundations that allowed Xekinima to be one of the most sizeable and important organizations of the revolutionary socialist left in Greece today.

The years of the junta

Nikos started his political contribution in the period of the Greek military junta, playing a leading role in a small, clandestine group, fighting against the military dictatorship, called the ‘Workers’ Group’. This group, which took part in the revolutionary revolt at Athens Polytechnic in 1973- a prelude to the collapse of the Junta in 1974, searched for the ideas and methods required by the Left to answer the dead end of capitalism and imperialism, based, among other things, on the experiences of the 1960’s. Thus, rejecting the barbaric one-party dictatorships of the Stalinist regimes in the Soviet Union and Eastern Europe, and having lived through the betrayals of the Stalinist Communist Party of Greece, Nikos and his group moved towards the ideas of Leon Trotsky.

The first years of Xekinima

Nikos was always part of the mass working class movement and strong opponent of any kind of sectarianism. Because of that he decided, along with his small group of comrades, to participate in PASOK from its inception in 1974. PASOK (Panhellenic Socialist Movement) was, at that time, a party with a working class base and a radical left platform.

The newspaper ‘Xekinima’ was founded one year later, in 1975, and developed as a left opposition against the bureaucratic leadership of PASOK and its policies. Soon after its foundation, Xekinima played a key role in the creation of the ‘Horizontal Connection’, a network of rank and file workers, party branches and activists, in favor of a revolutionary socialist programme for PASOK and for real party democracy. This call shook the party bureaucracy and led to the expulsion of Xekinima shortly afterwards.

The years that followed were difficult. Xekinima was to a large extent isolated in a very small group. People’s huge illusions in the populist PASOK leader, Andreas Papandreou, and the Stalinist policies of KKE (Greek Communist Party) allowed very little room for efforts to build a strong base for the revolutionary Left. The space for the left parties and organizations seemed to be entirely covered by the huge illusions in social democracy and Stalinism. During this time, Xekinima was struggling to clarify its political, ideological and organizational methods – a process whereby the Committee for a Workers’ International (CWI), in which Xekinima participated, played a key role.

After the fall of the military dictatorship in 1974, Nikos and his group had their first contacts with CWI. For Nikos, internationalism was not just a “good idea” or a way to follow what was happening around the world. Nikos’s internationalism reflected his keen understanding of the necessity for coordinated struggles with revolutionary socialists of other countries, based on the common organization of an international revolutionary party. This was the legacy of revolutionaries over the last two centuries and Nikos followed in their footsteps. Nikos was deeply internationalist and his internationalism characterized every aspect of his political intervention.

The fall of the USSR and after

At the beginning of the 1990’s, Xekinima came to a turning point. PASOK had fully transformed into a party of the establishment and the big capital. The collapse of the Soviet Union caused a tremendous crisis in the Left worldwide. This made it necessary to re-evaluate revolutionary tactics. Nikos supported the tactical changes in the internal debates at the time and stood by the new generation of fighters who struggled to put them into practice.

During the 2000’s, Xekinima was able to become one of the better known and sizeable organizations of the revolutionary Left in Greece. This achievement is also a vindication of Nikos’ political efforts.

Xekinima will always honour Nikos’ political contribution to the building of revolutionary Left in Greece. Besides that, we will remember Nikos for two additional reasons. The first was his deep connection and loyalty to the working class and his strong belief in its ability to emancipate itself. The second was Nikos’ genuine humanism and closeness to his friends and comrades. Nikos would always assist in any way he could other comrades who were in need. That was part of his humanism. For Nikos, socialism was not only a correct social, political and economic model but also a way of life, to the extent that the capitalist system, of course, allows.

Nikos we will miss you! But we will always remember you and honour you!